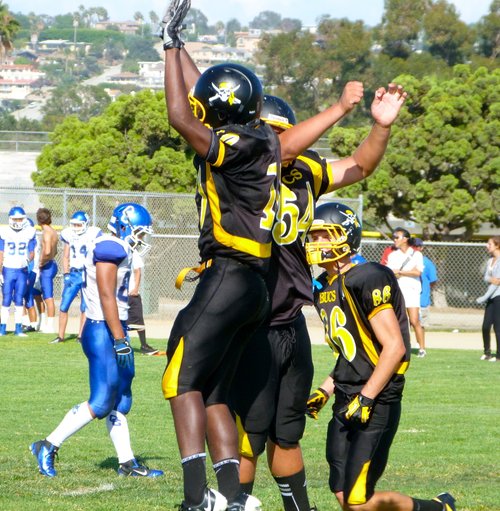 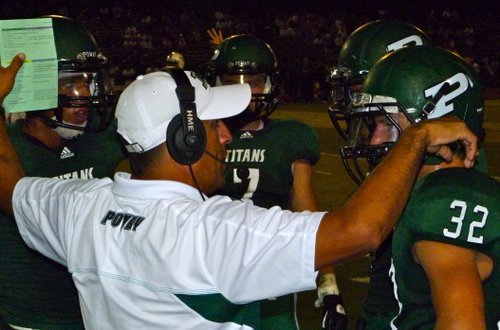 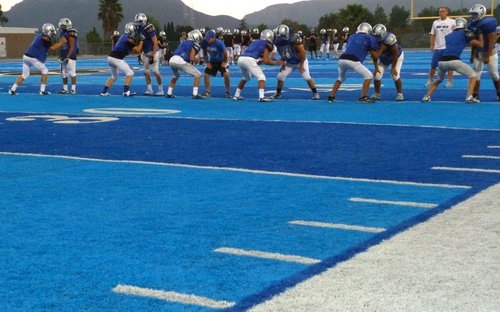 West Hills linemen perform a drill during a recent practice on their blue field, the only non-green two-tone playing surface in the nation. The Wolf Pack have been making opponents feel blue this season, starting 5-0 for the first time in program history. 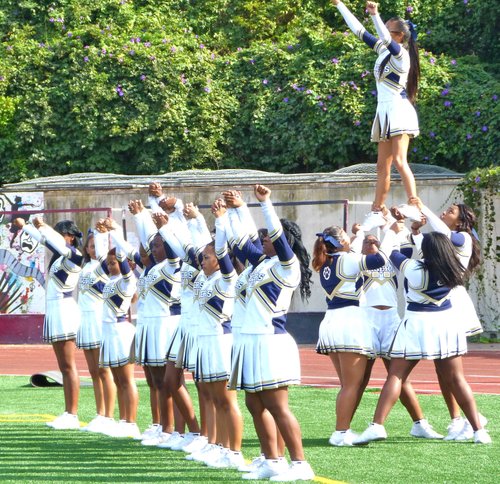 Morse cheerleaders get in formation just outside the end zone to celebrate a Tigers touchdown against Point Loma on Sept. 21. Morse’s cheerleaders were spirited despite not having too much to celebrate in a 38-6 Tigers loss. 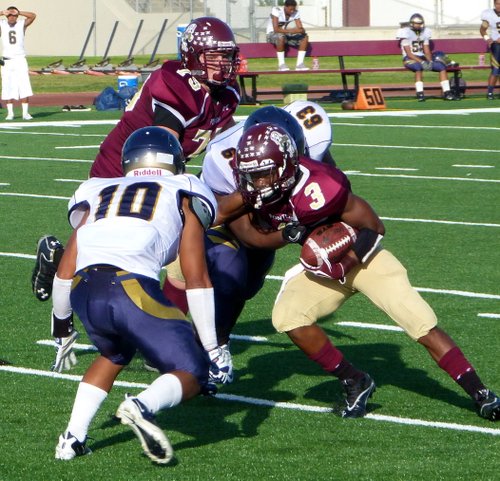