MEXICALI, BC - A possible new case of Ricketts was reported in fraccionamiento Valle de las Misiones, where an 11 year old child, Esmeralda, died at the General Hospital. 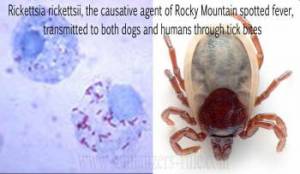 The mother Amparo López Garibay went to the Municipal Palace this morning to request the Mayor Francisco Pérez Tejada Padilla and Governor of the State Jose Guadalupe Osuna Millan does something about the problem.

"Bring a doctor and say where it (Ricketts) comes from now please, or all children will die", she commented.

On Friday, a citizen’s public demonstration will convene on the Esplanade of the Municipal Palace, together with Amparo López and leaders of Colonia de la Santos to demand a solution to the issue of Ricketts. http://www.lacronica.com/EdicionEnlinea/Notas/Noticias/30012013/665053.aspx

MEXICALI, BC - Baja California generated 27,003 formal jobs during 2012, with data backed by the Mexican Institute of Social Insurance, said Roberto Valero Berrospe. During a conference held this morning, the Economist explained the balance of employment last year under a report by the Center for Economic Studies of Tijuana and Economic Intelligence Monitor Unit.

Data includes jobs in the field, which were identified as follows:

October was negative with -1,872, November added 10,715 and December generated an adjustment of 18,100 jobs to Social Security. (Translation note: The totals do not seem to compute as provided.) http://www.lacronica.com/EdicionEnlinea/Notas/Noticias/30012013/664998.aspx

MEXICALI, BC - With the purpose of strengthening teachers at the secondary level where there is an expectation of students to learn the subject of Geography, the State Educational System organized a training workshop for those teachers who teach this subject.

Applying the methodology of tutor relationships and the exchange of ideas, Felipe Luna Gallegos and Candelaria Ramírez Jáquez, both teachers, trained 150 teachers in a Geography program which analyzed its contents, expected learning and didactic sequences. They also offered attendees five video blocks which are used in telesecundaria (distance learning) and can also be used at the regular secondary level or for added educational elements to enhance their classes.

According to the 2011 Plan of Study, Mexico and World Geography is only taught in first year of high school for five hours a week to provide continuity to what was learned during primary education so that students can further appreciate the concepts of geographic space and natural components of the Earth's surface, as well as biodiversity.

The curriculum was also noted to use informed, reflective and critical participation of students regarding social problems, care of the environment, vulnerability of the population and quality of life scales - nationally and globally. http://www.lacronica.com/EdicionEnlinea/Notas/Noticias/30012013/664968.aspx

MEXICALI, BC - Students, teachers and parents of Miguel Hidalgo y Costilla Elementary School located in Colonia Independencia inaugurated their media classroom with 15 working computer stations at their school together with educational authorities.

Around 240 pupils attend the school during its two shifts and are the beneficiaries of these technological instruments, which in the words of David Cervantes, a representative of the Department of Basic Education, provide extra support to obtain better educational results, better grades.

David Cervantes also noted education is a joint task between the authorities, teachers, parents and society in general, as is the case of the support that employers have offered through the UNETE Organization by working in favor of education by participating with the federal and State Governments on technology equipment in schools. The educational official recommended students make good use of the computers and always seek additional information that will help them in their work and to prepare them. He pointed out teachers are a key element in the development of student competences and urged them to always obtain good assessment results.

Yazmin Sandoval Mederos, a student at the school, thanked the authorities on behalf of her colleagues for the delivery of the equipment and said it will be useful for doing homework and school work.

Josué Hiram Aello, Coordinator of Educational Technology of the ESA, explained the Calimax Company participated in the delivery of the computers and completed the connections of the school network to UNETE agency programs and the State Educational System.

The media room was provided with internet service for five years to enable searches for information and to navigate to educational portals; software that allows interaction in teaching computer management; Encarta, a virtual library; and Microsoft Office, for creating text and graphic presentations.

In Mexicali, there are already 125 media classrooms in primary schools and 126 in secondary education schools which promote strengthening interactions between the knowledge acquired in their classes and skills necessary to establish practical and dynamic communication through student’s use of technology. http://www.lacronica.com/EdicionEnlinea/Notas/Noticias/30012013/665160.aspx