Tijuana, BC - Baja California’s public debt has doubled during the current administration of Governor Jose Guadalupe Osuna Millan, going from 6.4 billion pesos ($507 million US) in 2007 to a current 13.5 billion pesos ($1.07 billion US). 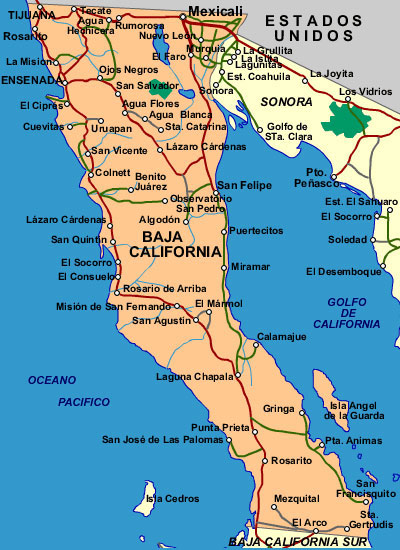 According to official figures from the Secretariat of Finance and Public Credit (SHCP) and the Ministry of Planning and Finance (SPF), Baja California’s public debt in 1993 was just 478 million pesos ($38.4 million US).

This figure has increased year after year until in 2000, it had grown to 1.8 billion pesos ($141 million US) by the end of the administration of PAN substitute Governor Alejandro González Alcocer.

It should be noted these figures combine the debts of the five state municipalities, in the State figures. It is worth mentioning that since 1989, the Government of Baja California has been led by rulings of the National Action Party (PAN), in the year the Baja California elected Ernesto Ruffo Appel - who still remains in office, now as a Senator of the Republic. This year in Baja California there will be an electoral process to elect five mayors, 25 seats in the local Congress and a governor. http://www.oem.com.mx/elsoldetijuana/notas/n2869513.htm

Crestfallen with anxiety on her face, Dina entered a special room at the air terminal, 44 km south of the capital, along with 60 other migrants returning to El Salvador by the United States Immigration Service.

She was received there, as well as her travel companions, by personnel of the Salvadoran Government "Welcome Home" program, whose mission is to help deportees return to the country.

''I wanted a better life, to fulfill the American dream, because here I was never going to achieve anything, but that is over, moving now from one day to another", says Dina, holding a can of soda.

Dyne, 44, is native to the Western area of Sonsonate and has brown skin but her hair is dyed an intense blonde. Her eyes are filled with tears remembering that, to afford her travel and being undocumented when she entered the United States, she was forced to sell her home for $9,000 in 2000.

While in the United States, Dina had a protected temporary protection status (TPS) that was granted to Salvadorans in 2001 after two devastating earthquakes, but her temporary residence and work permit were lost in 2006 due to various circumstances, and so began her ordeal of being undocumented.

"Compatriots lent me a hand and gave me work despite the risk, she said "I would clean houses and earn money to lead a modest life, but knew that one day I would be grabbed and so it happened. I was arrested in Texas and spent three months in prison before being deported for not having residency papers", said the woman, who does not intend to return to the United States.

Near Dina is Fernando Orellana, 37, waiting to offer his information so he can go to his home in San Martin, 14 km east of San Salvador. "In the United States, they make us look like animals that hide so we don't get deported", he says. He will leave the airport alone without any family members waiting for him.

Dressed in an shirt orange, jeans and black sneakers, Orellana reports only that he managed to stay in Virginia for six months this time before being deported, and during that time he worked as gardener. "I will return to the North because here the situation is f---ed", says the man, who like many other deportees leaves on a bus because he only has a couple of dollars in his pocket.

As Dina and Fernando, there are about 20,000 Salvadorans, according to official data, who arrived back during 2012 with their broken American dreams. The hardening of immigration policies has maintained an increase in deportees - some 93,000 emigrants last year alone from Guatemala, Honduras and El Salvador.

Central Americans are hopeful the flow will suddenly stop after President Barrack Obama unveiled a plan last week to open a pathway of citizenship for the 11 million undocumented immigrants living in the United States, and announced the framework of an agreement a week ago by a group of eight Democratic and Republican Senators to move forward on the issue.

Migrants are an important pillar of the economies of Central America: in 2012 their remittances home reached more than $12 billion, of which more than $3.9 billion was received in El Salvador.

About 2.5 million Salvadorians, 1.3 million Guatemalans, 1 million Hondurans and 500,000 Nicaraguans live in the United States, according to official data from each country.

Every day some 200 Salvadorans embark on their way toward the United States without documents. En route, they cross Mexico, where they experience terrible hardships and many lose their lives. They are kidnapped by gangs of criminals linked to drug trafficking, become victims of accidents, assaults, labor and sexual exploitation, and other terrible abuse. http://www.oem.com.mx/elsoldetijuana/notas/n2867933.htm

Mexico City - The Secretary of Health of Mexico City (SSDF) offers a range of medical options through the Specialized Integrative Medicine Center (CEMI), a unit that in little more than one year has completed 48,293 consultations of which 15,591 were homeopathic care, 16,593 was acupunctures and 16,109 used phytotherapy. 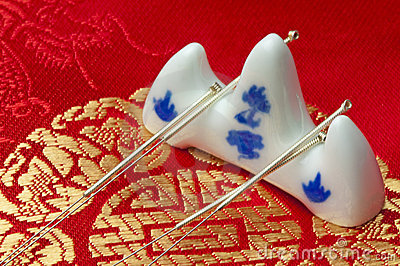 This clinic is unique in its kind in the Mexico City and in the country additionally providing specialized medical care in pediatrics, ophthalmology, orthopedics, dermatology, obstetrics, mental health and dental. It also offers the possibility of linking practices in preventive, therapeutic and rehabilitation medicines.

Integrative medicine treatments are scientifically supported professional procedures, so care is individualized and as may be applied for case to one or several of these alternatives. Such homeopathy illnesses such as colitis ulcers, gastritis, conjunctivitis and varicella, among other diseases are treated as chronic and acute.

By means of acupuncture, which consists of the insertion and manipulation of needles in the body, they balance the biological mechanisms of the body and help treat diseases such as rheumatoid arthritis, hypertension, menopause, climacteric syndrome, colitis, tonsillitis, pharyngitis, migraine headaches, back pain and facial paralysis, to name a few.

With the purpose of promoting such medical work, the Secretariat of Health of the Government of the City of Mexico, collaborates in coordination with public, private and social institutions as is the case with the National Polytechnic Institute, National Autonomous University of Mexico, National Institute of Anthropology and History, Institute of Science and Technology of Mexico City, and international representation of countries such as Korea, China and France, among others.

On the other hand, the City Department of Health is responsible for the training of specialists in alternative therapies through seminars in traditional medicine, plus herbal and homeopathic pharmacology. In addition, they offer health days, exhibitions on traditional medicine and field research activities.

Other health units with integrative medicine programs are Ticomán General Hospital in the delegation of Gustavo A. Madero, "San Andres Totoltepec" Health in the Tlalpan delegation centers, "Santa Catarina Yecahuitzoc" in Tlahuac, and "Dr. José María Rodríguez" in the Cuauhtemoc delegation.

The offer of services is made to the population who do not have social security and after enrolling in the medical care and free drug program in Mexico City, patients can obtain medical services, consultations and treatments free of charge. http://www.oem.com.mx/elsoldetijuana/notas/n2870271.htm