Just in time for Yosemite

They say timing is everything. That statement was especially true for me recently. I had planned a trip to Yosemite national park months in advance due to my love of forests. Enduring a six hour road trip to get to the cabin my fiancé rented in Oakhurst, I had no idea that while I was being spoiled rotten with beautiful scenery, a hot tub, red wine, and delicious cuisine the Government was facing a partial shutdown. The next morning we were pleasantly surprised to find out that the entrance to Yosemite that day was free (there is usually a fee of $20.00 per vehicle). Suffice to say, we had a full day of sightseeing. Having never been there before, I enjoyed all that my eyes could take in. The first of many sights I was privileged to see was a large granite peak called ‘Half Dome’. An impressive view, I learned its image is now included on the revised California Driver’s License. Next to come was Glacier point, but because there was no parking and a tremendous amount of tourists we moved on to another popular attraction called ‘Bridal veil Falls’. Supposedly home to a vengeful Native American spirit, legends say that inhaling the mist at Bridal Veil(one of the most prominent waterfalls in Yosemite) vastly improves one’s chances in marriage. While it is usually heavy flowing, when I finally reached it there was little more than a stream. After a brief hike by a nearby river, we then trekked to the sight known as ‘Tunnel View’. Going through a mile long, man-made tunnel straight through a mountain, it was there that I witnessed the impressive landscape most associated with Yosemite. The same landscape that artist John Muir so delicately duplicated. Standing in awe for at least twenty minutes, we then headed to ‘Curry Village’ for a slight snack and learned of the long gone tradition of Firefall, where burning hot embers were dropped from a steep mountainside, taking on the appearance of a flaming waterfall. Driving around a little longer, we then went to the other side of the large park. While we were driving, I was thrilled to see many deer frolicking to and fro. At the far side of Yosemite, we went on a tour showcasing the astonishing Sequoia trees. The one and half hour tour included a head piece with earphones explaining the history of the trees and the passion that both naturalists and curators took in preserving them. Halfway through the tour, we went to a log cabin-turned museum with even more information regarding the magnificent trees. As the sun set, we left the park and returned to the confines of our pleasant cabin. Having had such a quaint time at Yosemite, we both decided to go back the next day and make a full day of hiking. Waking up to a gorgeous sunrise and an excellent breakfast, our expectations were dashed when we reached the park and had a park official firmly explain to us that because of the shutdown in D.C. all national parks, from coast to coast, were closed. Though disappointed, I couldn’t complain. I had a full day of fun there the previous day, but the park is so vast that one could hike for days and not observe the same sight twice. However, if we would have waited to come to the park just twenty four extra hours, I don’t know if I would have been so optimistic. 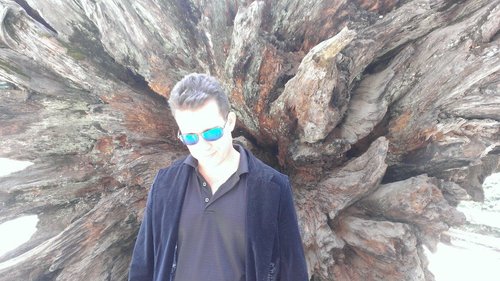