Review: I Am Divine: The True Story of the Most Beautiful Woman in the World

Pink Flamingos was my Rocky Horror Picture Show. Every weekend for 52 consecutive weeks you’d find me parked 4th row center inside Chicago’s crumbling Devon Theatre for a midnight screening. I dragged every one of my friends to see it and no one walked away unfazed. To writer, director, and Divine’s inspiration, John Waters, an audience member throwing up after witnessing Her Devouringness’ filthy fade out act was like a standing ovation.

Many nights the Devon Theatre janitor found himself ankle-deep in ovations.

The underground superstar finally gained mainstream acceptance. Divine and Waters made the successful leap with Polyester and later Hairspray. (How does one go from sporting the world’s most convincing shit-eating grin to PG-13?) The Notorious Beauty found work in Paul Bartel’s western spoof, Lust in the Dust as well as a ‘straight’ part in Alan Rudolph’s Trouble in Mind. 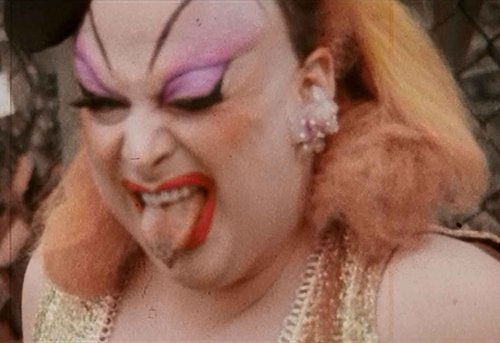 Divine, aka Harris Glenn Milstead, died in his sleep of a massive heart attack just months after the Hairspray premier and the day he was to begin work on the sitcom, Married With Children.

Electronic Press Kit (EPK) producer Jeffrey Schwarz tries his hand at long form documentary with the passionate and inspired I Am Divine: The True Story of the Most Beautiful Woman in the World.

Soul-bearing interviews with Divine’s mother, Frances Milstead, provide the childhood backstory. Her confession of Glenn’s promise never to do anything to embarrass the family -- intercut with Divine being raped by Lobstoria in Multiple Maniacs -- provides the films biggest laugh.

Their first collaboration was the 1966 short, Roman Candles, during which Waters came up with the name Divine. “It was not some big thing,” he notes. According to Divine, “He thought I was divine and that should be my name for the film. It was that simple, actually.”

Divine was the first actress ever to play Jackie Kennedy in Eat Your Makeup, produced a few years after the Kennedy assassination. It took a special kind of audience to appreciate the irony.

Production designer and family friend Vincent Peranio called Divine “the burlesque of John” and the 360 lb. drag queen was up for anything and everything her mentor demanded. All you need to know about Divine and dog poop is lovingly detailed. 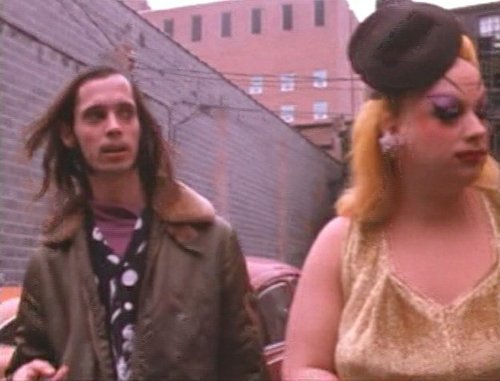 John Waters and Divine on the set of "Pink Flamingos."

Once she hit the big time, Divine's celebrity skyrocketed and there was nary a talk show on the dial that wouldn't have her. Baltimore, Maryland, what's your question? There's something sublime in hearing ass-kisser Larry King grumble, "Are you a transvestite?" or watching Regis hold up a picture of Divine and joke, "You can't see an agent dressed like this!"

Trouble in Mind was Divine's big breakthrough part, the first time he set aside the Divine character by appearing as a man.

Divine would have loved this movie. Fans of exquisite trash will too.

I Am Divine: The True Story of the Most Beautiful Woman in the World opens today at the Media Art Center's Digital Gym. Click for Showtimes.

I have to pretend I didn't see this.

I didn't see the movie - I mean this flamingo and you

WOW! I finally saw a movie before Scott did!

This was screened in Fort Wayne on July 28th of this year and I was there, 4th row center. Not only was the documentary informative but it was damn entertaining to boot. Some of the footage was outrageous, painful, and heartwarming for all the family to enjoy. Crazy, man, crazy!

Now if I can only find the footage of an earnest Dan Rather reporting on Divine's death... or even better, the footage of Bill Kurtis informing a bewildered Irv Kupcinet sitting at his Sun-Times office about the death of Divine... Kup didn't have a clue! 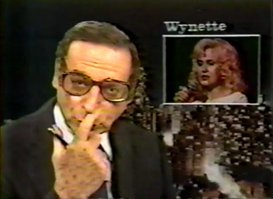 Waters' Shock Value is a fun read, lots devoted to Divine in the early years.

Believe it or don't, I saw it!