Paula Patton is so desperate to find a lover that she hides in a trash can to stalk her potential beau.

Patton, not Poundstone. You read right.

That's nothing compared to the ultimate sacrifice stewardess Montana Moore (Patton) is about to make in Baggage Claim. While on layover in Chicago, Montana passes on a chance to spend 5 seconds in the presence of Queen Oprah. What's the scheduling conflict? A date with her potential Mr. Right?! He isn't. No, Montana moons after she catches him in the arms of a pregnant woman.

With 30 rapidly approaching, Montana can't face the prospect of flying solo at her younger sister's wedding. Leave the details to co-workers Gail (Jill Scott) -- the flying tramp has a guy in every port -- and their co-dependent, stereotypically gay flight attendant pal, Sam (Adam Brody). Together they hatch a plot to track down all of Montana's exes who will spend time in-flight during the Christmas holidays.

Taye digs her the most, but she wants nothing to do with the crumb bum Congressional contender. A record mogul, Trey Songz, hits a false note. Even Amistad stud Djimon Hounsou can't cut the Dijon. (I know it's "muster," but I needed to bend the idiom in order to make the Djimon/Dijon joke work, capisce?)

You know I'm dying for something to look at if I'm studying an actress' makeup. Either Ms. Patton owns stock in RiRi Rouge or she spends her nights sleeping face down in a pan of damp rose petals. 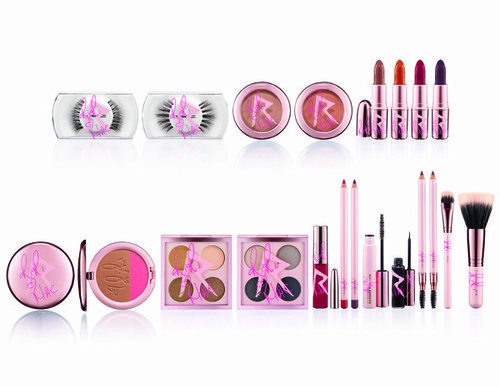 People will instantly mistake you for Rihanna the moment you drop $16.50 to $44 on her 20-piece RiRi Hearts MAC Collection.

If nothing else, the film houses the funniest real-life celebrity couple pairing of the year: Mr & Mrs. Ned Beatty! He's a good ol' boy squeal...I mean, steel magnate and she his silent better half. (Cutaways of Mrs. B silently stuffing her face are downright Tashlinesque.) Both crackers are eager to atone by throwing their support to Diggs and his "people."

Tear up the check and write it off as lost luggage. There isn't anything of value to claim in this carry-on.