Why poll when you can impale?

Only 4% of those questioned go to the movies every week

When I was young, my parents would yell, "What are you wasting your time at the movies for? Why not read a book?" Nowadays the parental war cry has been altered to "Stop playing video games, get the hell out of the house, and go to a movie!" 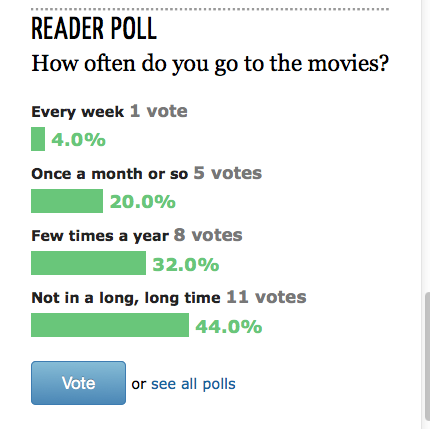 It can't be. Those polled in this informal survey indicate that the majority of our readers haven't been to a movie in ages. 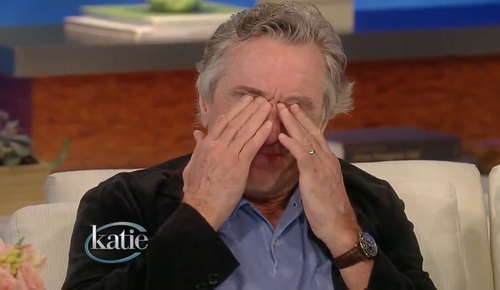 Don't you realize that movies still are your best entertainment value? When was the last time you paid to see a concert, play, or opera? Scratch that last question. The only opera my readers regularly attend is the one starring the Marx Bros. 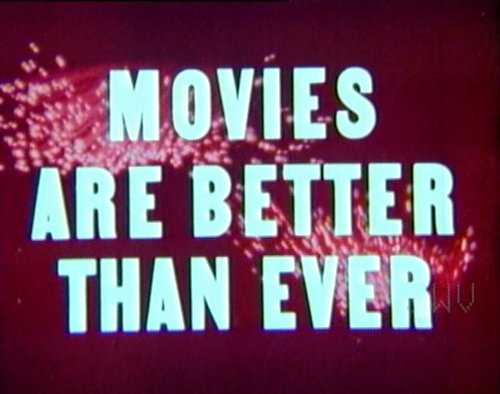 Would you really rather select your evening's entertainment choices from a red box that spends most of its time doubling as a rest area for the homeless in a 7-11 parking lot? 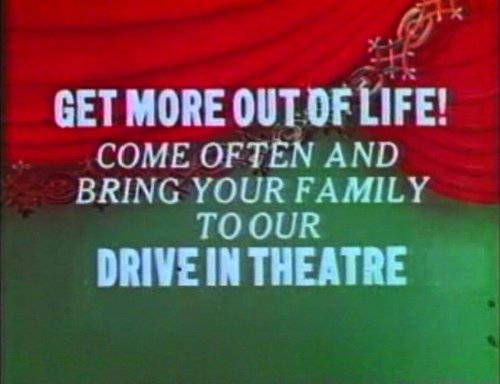 Look, I love my flat-screen and Blu-ray player and hate getting dressed to leave the house. But even I like a little social interaction and what less interplay is there than going to the movies? No eye-contact, no speaking -- unless you're the @#$%& who was seated next to me during Mike Tyson: Undisputed Truth -- and, if you spend the majority of your entertainment dollars at a commercial multiplex -- nothing to challenge you!

No, Barbara, and Dead Man Down -- three outstanding times at the movies -- are currently playing. (The San Diego Latino Film Festival -- currently running at Digiplex Mission Valley -- could also use your support.) Screw the embargo: Olympus Has Fallen, opening later this month, is a terrific pre-summer blockbuster. Even seeing The Wiz prequel or a Tina Fey "comedy" counts as a night out.

Don't let motion picture exhibition as we know it cease to exist. I'm begging you. Get more out of life. Go to a movie this weekend! 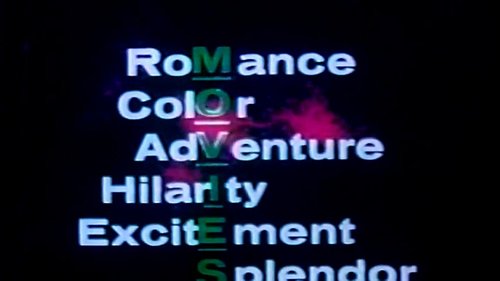 Amen!!!!! Soderbergh's SIDE EFFECTS was a great night out for me recently and the recent CONVOY/MIDNIGHT RUN double bill at The Egyptian was pure bliss.