New releases opening this week: To the Wonder, Oblivion, and more 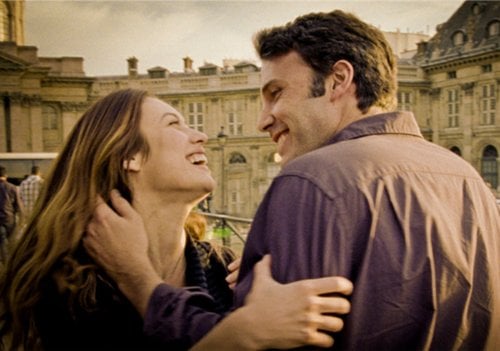 I liked To the Wonder. A lot. Others were less enthusiastic. C'est la vie. I do get a little miffy when people yammer on about it looking/sounding like a perfume commercial. A film has to be considered as a whole, and Javier Bardem as a priest distributing communion to prisoners through a slot in a metal door does wonders to balance out the more exalted/romantic moments.

I also liked Oblivion, which came as a pleasant surprise. Though someone does need to do a mashup of Morgan Freeman's performance in this film and Laurence Fishburne as Morpheus in The Matrix. It's old-school sci-fi, with frames every bit as beautiful as those old magazine cover paintings.

My Brother the Devil isn't so much old-school as deeply familiar, at least at the level of theme. Still: good acting, good talk, and some smart tweaks.

I loathe social media as much as the next horrible old person, but I suspect Scott is right to be less than thrilled with Disconnect. Oh, well. Our day will come.

Here's what's good about my job: if I decide to go and catch a matinee of Lords of Salem, as I find myself tempted to do, I won't technically be ditching work. Especially if I come back with a proper review.