A washed-up actress abandons her career to ride the coattails of a powerful man. Has Jane Fonda lost her mind? Did the Oscar® -winning actress agree to star as herself in a made-for-cable biopic?

Answering the second question first, no casting call has gone out for an actor to play Ted Turner.

Ms. Fonda, who returned after a self-imposed 15 year retirement from movies to bless audiences with performances in Monster-in-Law and Georgia Rule, will appear as former first lady Nancy Reagan in Lee Daniels' The Butler. 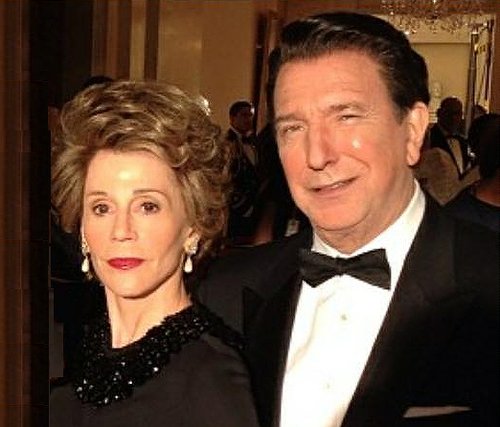 Forget about Fonda. Most ticket-buyers already have. What about Lee Daniels? Where has the scary-talented Daniels been hiding since receiving a wholly undeserved Oscar® nomination in 2010 for Precious?

Audiences will have ample opportunity in the coming months to see whether Daniels learned how to cut two shots together. The Butler is currently filming, but next month sees the release of Daniels' The Paperboy, a thriller starring Zac Effron, Nicole Kidman, John Cusack, and Matthew McConaughy.

Fonda wishes that she had Shemp's looks.

Jane Fonda has a lot of mileage on her, no doubt about it.