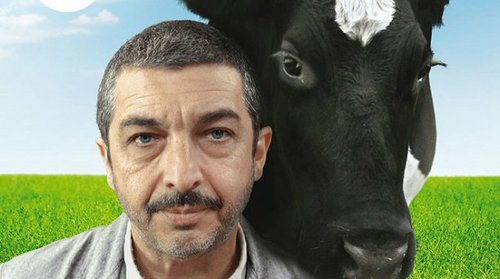 Praiseworthy blurbs like "heartwarming" and "hilarious fish-out-of-water comedy" are generally enough to keep me away from a movie forever.

Sebastián Borensztein's Argentinian comedy, Un Cuento Chino (Chinese Take-Out) not only stars Ricardo Darín (Nine Queens, The Secret in Their Eyes), it's being brought into town for one week under the auspices of the San Diego Latino Film Festival. That's more than enough to get my butt in a seat.

According to the press release, Un Cuento Chino is the story of "a lonely hardware store owner who collects clippings of bizarre news from around the world. One day, Roberto (Darín) meets a Chinese emigre named Jun who doesn't speak Spanish and seems lost amidst a foreign culture. After Roberto decides to help Jun locate his surrogate family, the two become unlikely friends as each man's past history is unveiled over time."