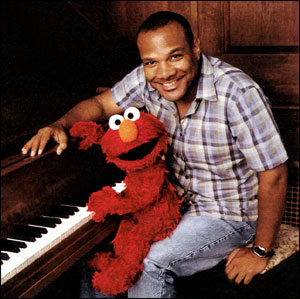 It was the clash heard round the schoolyard. Kevin Clash, the puppeteer and longtime voice of Sesame Street's beloved Elmo, has resigned after a second allegation that he had sex with minors.

TMZ reported last week that Sheldon Stephens, now 24 years old, "contacted Sesame Workshop last summer and claimed that, beginning at age 16, he had a sexual relationship with Mr. Clash." Stephens reached a settlement with Clash. In exchange for $125,000 in hush money, Stephens issued a statement recanting his accusations.

A second accuser, Cecil Singleton, has just has filed a lawsuit against Clash. Singleton claims the two met on a gay phone chat line back in 1993 when he was 15 and Clash was 32.

Singleton is asking for more than $5 million. Among the allegations, Singleton accuses Clash of trolling "gay telephone chat line rooms to meet and have sex with underage boys" and grooming the boy, "to gain his trust by, among other things, taking him to nice dinners and giving him money." Singleton claims the voice of Elmo was "preying on teenage boys to satisfy his depraved sexual interests."

Can you tell me how to get to Therapy Street?

Sesame Workshop release the following statement on Tuesday: "Sesame Workshop’s mission is to harness the educational power of media to help all children the world over reach their highest potential. Kevin Clash has helped us achieve that mission for 28 years, and none of us, especially Kevin, want anything to divert our attention from our focus on serving as a leading educational organization. Unfortunately, the controversy surrounding Kevin’s personal life has become a distraction that none of us want, and he has concluded that he can no longer be effective in his job and has resigned from Sesame Street. This is a sad day for Sesame Street."

Clash was the subject of the recent documentary, Being Elmo: A Puppeteer's Journey. The film reveals precious little about Clash’s private life other than he’s a single-parent who spends more time on the road or fiddling in his sock drawer than he does with his daughter.

Stephens' accusations gave Clash no recourse but to publicly come out as a gay man, something “I have never been ashamed of this or tried to hide it, but felt it was a personal and private matter,” Clash said in the statement on Monday. 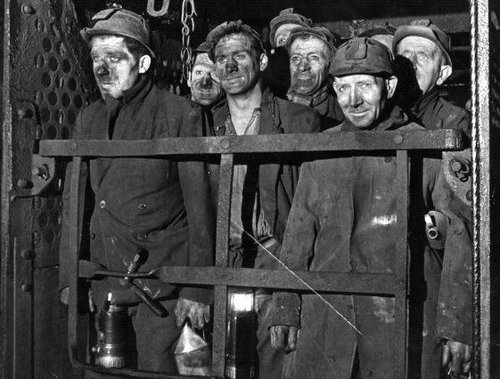 The only miners that it's cool to have sex with.

This photo is making me very uncomfortable now. 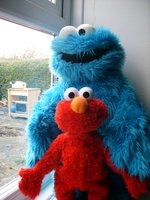 There should probably be "scare quotes" around the word "resigns." Sounds a bit as though he's being hounded by people who think he has money, which they might do even if he wasn't as much of a disaster as he sounds like...

The miners photo demonstrates that it would be dirty sex! And the fashion police would be in shock.

For the 30 and under crowd, Grover was our Elmo in the early days of "Sesame Street". Who can forget his run-ins with Mr. Johnson and his alter-ego SuperGrover?

Kevin Clash was Jim Henson's final protege. An extremely talented guy caught in a web of his own making. Sad. 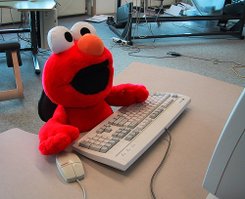