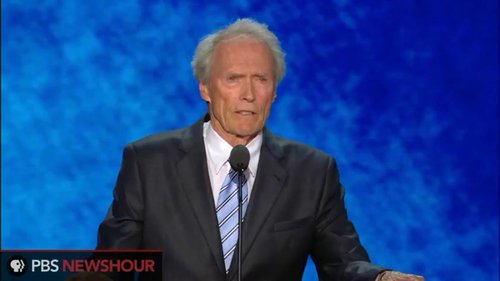 A man's got to know his limitations and Clint Eastwood's performance at the Republican National Convention earned him notices the likes of which he hasn't received since City Heat.

"Clint, my hero, is coming across as sad and pathetic. He didn't need to do this to himself. It's unworthy of him." - Roger Ebert

"That was the weirdest thing I've ever seen at a political convention in my entire life." - MSNBC's Rachel Maddow

Eastwood began his career talking to trees and now he's addressing a chair. It's like watching the dummy without Paul Winchell.

Clint Eastwood wandering off-script?! This kind of uncertainty comes but once in a lifetime. Did Clint put on a gamy face and imply that if given the chance, President Obama would tell Mitt Romney to go bleep himself? With all due respect, sir, you're beginning to bore the hell out of me. 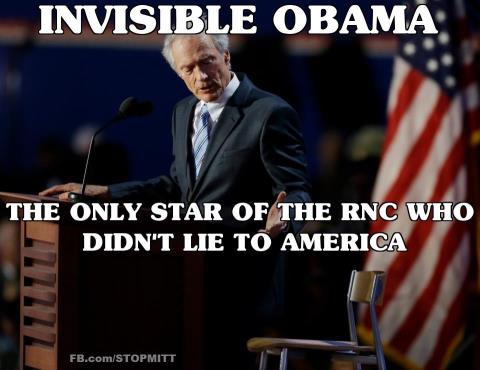 "Make my day?" Really, Clint? You have spent a good portion of your life trying to play down the 'Dirty Harry' image and suddenly all you can come up with to inspire America is an over-used cliche from one of the sequels you made strictly for the money? Then again, what better way to work this crowd than by quoting a racist, sexist, Magnum-packing psycho-vigilante like Harry Callahan? 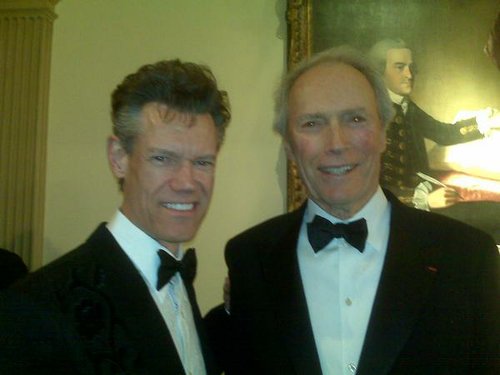 Pop quiz: In the past month, who made a bigger public spectacle of himself? (Hint: It's not the cat in the painting.)

Clint's gag-writers needed to mine the Eastwood oeuvre for better material. Instead of traipsing down the fundamental "make my day" or "lucky punk" path, why not channel the Man with No Name and remind Mitt that, "Two-hundred-thousand-dollars a year is a lot of money. You're going to have to earn it." Clint also blew a golden opportunity to pay tribute to The Gauntlet's Ben Shockley and tip his hat to George W. Bush simply by squinting and hissing, "I didn't do jack shit." 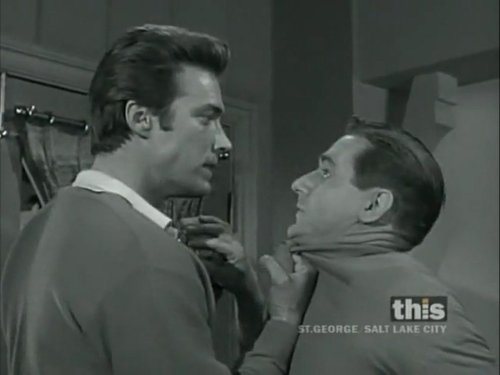 "You don't listen well, do you, Wilbur? Eff you and the talking horse you rode in on!"

If the ex-mayor wants to toss back a few Coor's with his buddies in Carmel, that's one thing. You want me to come out and say it, Clint? You need to be more like Marty and keep your nose out of politics! You know what you should do? Try a little more directing and a little less prop-comedy and you won't come off looking like a doddering old coot on national TV! You understand, you wacko? You're cracking up!

You're paid to pretend. Stay the hell out of politics. The same goes for Clooney, Streisand, Redford, and any number of liberal celebs likely to make an un-billed cameo at the upcoming DNC. If we learned anything from Ronald Reagan, it's that acting and politics don't mix. 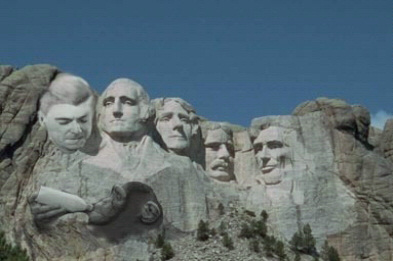 I thought Richard Zanuck had died.

But to your point, he is truly unforgiven!

Tweets from other celebrities about Clint's catastrophe at the RNC.

I heard that Clint Eastwood was channeling me at the RNC. My lawyers and I are drafting our lawsuit... #RNC #ClintEastwood #rnc2012 #GOP2012

Respect to Clint. 82 years old and putting Twitter over capacity.

BREAKING NEWS: CNN REPORTS: Last night when he got home, Clint Eastwood got in a huge fight with the rest of his furniture.

I literally just landed in Washington D.C. I’m hearing…wait…Clint Eastwood turned the president invisible? Or into a chair? What?

is clint eastwood meant to instill confidence in republicans?! i am legitimately scared of his talking to imaginary obama.

Clint Eastwood just made my day.

I hope invisible Obama stays on stage for Romney's speech. 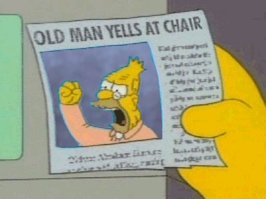 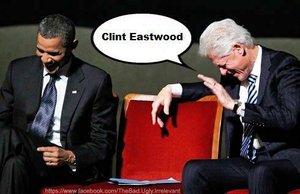 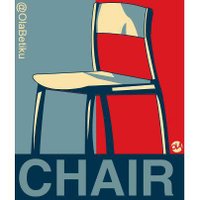