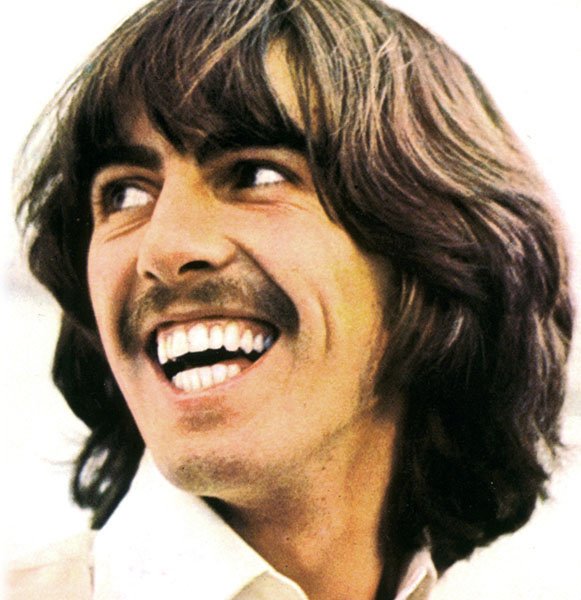 Recently, I watched the wonky 1968 Wonderwall movie DVD, with music by George Harrison and psychedelic visual design by The Fool, that group of acidhead techno artists who painted the Apple office building in the '60s and had much to do with the latterday Beatles imagery (I wonder if Magic Alex ever perfected his magic box?). The movie is so freakish, it's almost impossible to absorb - as an artifact of the 60s and hippiedom, and an example of some of the first Beatles "solo" music, it was well worth watching, and probably worth the high price that the limited edition U.S. region DVD sells for (I got a "bargain" on eBay at $30 - I've seen it sell for $75 and up).

It's hardly a "movie," at least by the normal definition. Worth noting is that the director is the same guy who later did the fantasy sequences in the Led Zep concert movie The Song Remains the Same. If you liked that movie's werewolves with tommy guns spurting psychedelic blood, you'd dig Wonderwall.

The first thing that comes to mind, a few minutes after finishing the film, is "This must be what it's like to do peyote, throw up, and then spend two hours staring at your vomit and marveling at how wondrous and beautiful your former lunch now looks...." The music is by George Harrison, whose Wonderwall solo album has some but not all of the music heard in the movie (it was the first Beatles solo album, AND the first Apple album). For the rock songs, Harrison hired Liverpool band the Remo Four, as well as bringing in Ringo Star, Eric Clapton, and Peter Tork (playing one of Paul McCartney’s banjos). The Indian sitar music heard in the film was recorded in January 1968, during the same Beatles sessions - and using the same musicians – that resulted in the Beatles’ song “The Inner Light,” originally issued as the B-side of "Lady Madonna."

Wonderwall the movie was only shown a few times in the late ‘60s, and was considered a “lost” film until a good print was found and restored, along with an unreleased Harrison song intended for the original 1968 soundtrack, “In The First Place,” one of the only Wonderwall songs with lyrics (proceeds from a single of the song helped pay for cancer treatments for one of the musicians from the Remo Four). As near as I can figure it, here’s what the movie is about: One one side of the wall, the Old Prof's side, it’s just another day, the barber shaves another customer, the banker looking in --- On the OTHER side of the peephole, it's the 24-hour freakout channel, with freakout music kicking in every time the old man peeps at the fetishistic nylon leg shows and Hefner-fueled/acid-soaked visions of a Wild and Wonky World According To Playboy. Within Without You.

Opening more peepholes seems to open more worlds – or are these just the Old Prof’s daydreams? In one trippy vision, the old Prof improbably sees himself, outdoors, battling a teenage Superman with "weapons" like giant ciggies and lipstick tubes.

Or at an effeminate cowboy riding a plastic rocking horse and talking on the phone.

Or a hippie mermaid chick floating on a sea of polyester fabric while brushing her hair.

Or a Perplexing Planet of Preposterous Eyeglasses.

He peeps most often at an ongoing idyllic Dionysian hippie party jam, where flower children play flute and beautiful gypsies dance (and almost EVERYone is smoking something, either ciggies or ??). The smoking in various other wonderworlds ranges from small glass pipes to Chong-sized roaches and giant octopus hookahs – Amusingly, the Old Prof himself, in his world, is proudly a non-smoker --- though one wonders about how lab-customized his beloved sugar cubes may be, given his increasingly bizarre visions thru the Wonderwall.

The Old Prof becomes so obsessed that, for awhile, he seems to stop shaving or sleeping or doing anything else aside from peeping. Sorta presaging the advent of 500-channel TV feeds, it could be said ---

So as the Old Prof is peeping at the dreamy hippie otherworlds, he starts dressing up in what an unschooled old man might approximate as "psychedelic" circa 1968, ie a pointy New Year's party hat, or a funky outsized tuxedo, and decorating his apartment - especially the "wonderwall" itself - with streamers and party favors. When he strays too far from the wall - like when he goes to work at the lab one day, if only to study up on alternate realities and gaze lovingly at Penny Lane thru his microscope (?!)- he suddenly becomes black and white. As does the world around him. Only the wonderwall can color his world....

At some point, one of the wonderwall visions appears to actually be the adjoining room of a young hippie couple - or is it? Everything on the Other Side is just a colorful and halucinogenic as his other visions.

When he realizes he's fallen in love with the young girl - or at least with her magical hippie wonderland - he manages to find a magic (Alex) doorway and dramatically leap into her world, apparently by dressing as a top-hat magician and fondling his magic wand (don't ask....) –

However, when he gets to Her World, the hippie girl's psychedelic-flavored life isn't idyllic as it seemed. She is unmarried and has just discovered she's pregnant, and her hippie boyfriend is being a big hippie dick about it.

So - while the Old Prof hides in her psychedelic closet - the hippie girl (real or fantasy?) chokes down a bunch of pills, cries, and is carried out on a stretcher.

The next time he sees Penny Lane is under his microscope, in his lab, with the girl dressed like an angel and blowing him kisses while floating - and shrinking - into a churning field of stars and nebulas. The DVD also includes footage cut to Eric Clapton’s playing, stills of artwork by the various Fools who designed the psychedelia, footage cut to a Remo Four track, and other ephemeral perks.

So, in summation – glad I watched it. Glad it was restored, especially the sonically engaging soundtrack, and glad it came out on DVD. Also glad the hippies – and Hollywood’s brief trippy obsession with them – pretty much died with the Beatles.

I’ll probably never have occasion to spin this inexplicable tripfest again, unless under the influence of the Old Prof’s suspect sugercubes. But I’m glad I finally got to check out this funky flashback, some 43 years after it quietly melted into oblivion --- I guess they just don't make sugar cubes like they used to.

and the plot description from the back of the dvd box.

In the London of the swinging '60s, a reclusive professor (Jack MacGowran) becomes infatauted with a beautiful model, Penny Lane (Jane Birkin), the girlfriend of a Svengali like fashion photographer (Iain Quarrier). The professor embarks on a noble quest to become her champion. To rescue Penny, he enters the magical realm of the Wonderwall and returns to his laboratory a transformed man. The kaleidoscope of images and George Harrison's musical soundtrack catapult the audience into a lost world of innocence, where love and laughter reign supreme.

For years, I've desperately wanted to see this film because of its Beatle connections.

Now that you've explained it to me, I'll take a pass.