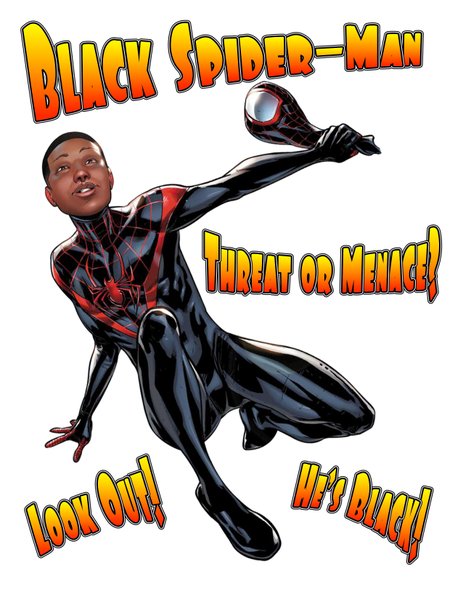 TRYING TO BREATHE AMID THE NOXIOUS FUMES OF JJJ's CIGAR AND SMUGNESS - "At last," crowed Daily Bugle publisher J. Jonah Jameson. "At last that wicked wall-crawler has shown his true colors! Er, pardon the expression."

Jameson, whose newspaper has been assuring the public that Spider-Man was a menace (or possibly a threat) to society for some 50 years, was rejoicing over the news that a man in a Spider-Man mask had robbed the USA gas station on University Avenue in La Mesa, and possibly another gas station in El Cajon. Despite the mask, the thief has been identified as black, a fact that has more than one observer a little confused.

"I've been following Spider-Man for 30 years," said Ned Nerdlinger, Bugle copyeditor and devout Comic-Con attendee. "I'm pretty sure he's white. If only we had some kind of photographic proof."

"Nerdlinger's right!" barked Jameson. "We need pictures! Where's that blasted Peter Parker when I need him?" 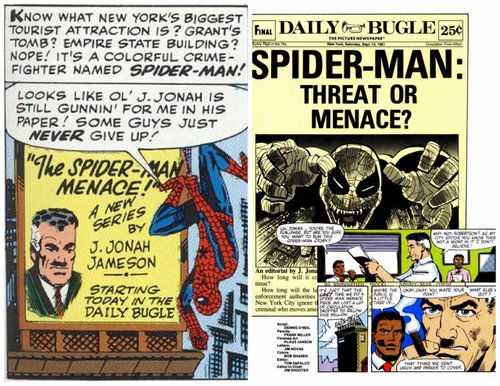