GOLDEN HILL. - A local student expelled from a Catholic school because of the danger his abusive ex-pastor posed to the campus is taking his story to the national stage Friday on Good Afternoon America.

Charlie Carwell, who attended Holy Crow School in Golden Hill, spoke with SD on the QT about his expulsion and how he is paying the price for being a victim of priestly sexual abuse.

Carwell said that Willie Spankum, the principal at Holy Crow, knew about his situation at his last parish and that the pastor there abused him. Even now, Carwell said he fears him.

"I left," said Carwell. "I told the no one. I declined to pressed charges. I left the problem up to God and that's what they tell you to do."

Carwell said he thought he took proper actions in February, when he alerted the school that his former pastor had asked him to go for ice cream. So when a maintenance worker spotted the cleric hearing confessions around campus, the school went on lockdown.

"Even that day, when Billy Harbinger received that very uncomfortable penance and I was told I was only going to be out for the Feast of the Holy Innocents, I thought, 'I'm going to be back,'" he said.

But after the incident, he received a letter from the school stating that for the safety of students, the school could not allow him to continue romping around campus in his special, alluring way.

His ex-pastor, Fr. Anton Rapacious, has a 20-plus year history of questionable relationships with his altar boys.

Carwell has not been back to the school. Parents who spoke with SD on the QT off the record said they agreed with the school's decision to expel Carwell, and some said they threatened to pull their children if the school did not take action against that "tempting little morsel with the tousled blond hair."

"But there comes a point where you have to do, I don't know, protect kids from predators," said Carwell. "I think this is a prime example of why victims of sexual abuse do not come forward with their situation." 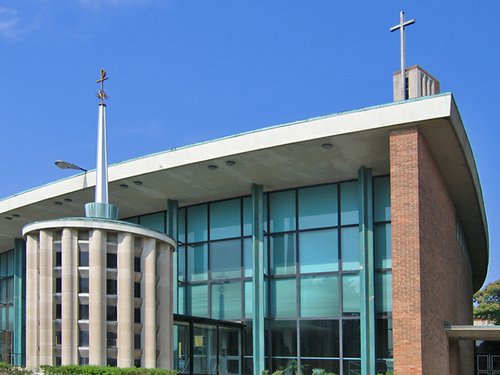