Something to cheer you up during your afternoon commute?

The San Diego Coalition of Reason, a collection of local groups of non-theists and church-state separation activists, has teamed up with American Atheists, a national organization, to purchase ad space on a billboard along Interstate 5 in North County.

“With many of our previous billboards, we've made it a point to challenge traditional religion. But this time we want to show the other side of our coin, that atheism is a breath of fresh air,” said American Atheists president David Silverman in a joint release. "It's wonderfully freeing to remember that we're all headed for a hole in the ground and endless oblivion. I also wanted to show that atheists are not a bunch of humorless jerks. Did you see how I slipped in a joke about the idea of a personal relationship, when the very notion of 'person' indicates nothing more than a bunch of neurochemical reactions? We're all just bone and meat! Ha ha!"

I thought the skulls were a reference to the 100 million killed by the great atheist societies of the 20th century.

I took the skulls to mean that when you're dead you're dead. "A personal relationship with reality" = not pretending that there's some imaginary beyond waiting after death. We're just...dead.

I'm Joseph Stalin... and I approve this billboard.

I was going to suggest you add a picture of Hitler, but then I remembered he was a Christian. ;) 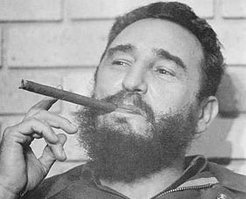 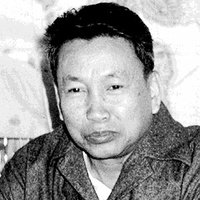 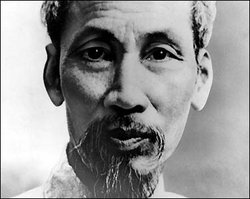 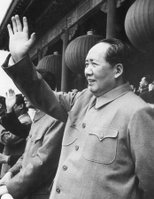 I am God and I approve this message.

Joaquin, I think you probably realize you're wrong about this and you're just being inflammatory. I'm a San Diego atheist and I'd like to discuss this with you in person. I even promise not to murder you. How about burgers and beers? Or whatever suits you food-wise. I'm totally serious about this. Since you've made some pretty serious insinuations about fellow Americans, I hope you are too. If you'd like to tell me (in person) why I shouldn't be an atheist, here's your chance. You can bring a few family and friends if you want as well (not too many, I don't have seating for everyone). Just leave a response here and we'll figure out how to trade contact info without everyone seeing it. Otherwise I'll unfortunately have to assume you're not serious about your values and you're just trying to get a rise out of people.

Joaquin, I think you probably realize you're wrong about this and you're just being inflammatory. I'm a San Diego atheist and I'd like to discuss this with you in person. I even promise not to murder you.

While some of the comments were over the top and MAY be offensive to SOME, it is not right to call someone out to "discuss" an issue in person where you are obviously very upset.

State your case here, people are not stupid, they can make up their minds on any issue according to the evidence.

SurfPuppy619, I'm kind of...confused by your reaction. I wasn't upset with Joaquin (and I'm still not), and I have a practice of inviting people who might otherwise not know any atheists to talk in person - at dinner, with family members if they like - since I'm pretty sure we're all good civilized people who can learn from each other. On the other hand, I am a little bit annoyed with you right now because of your over-reaction. To review what happened: Joaquin says that my philosophy leads to mass murder, and I sincerely invite him to talk about it - and now I'm over the top? Something's not adding up there.

My case with Joaquin is that the key to mass-murder is whenever there's a philosophy that doesn't permit questioning, whatever the justification, religious, political or otherwise. Mao and Stalin didn't do what they did because they were too open to suggestion or too reasonable. There's also the issue that recent history is the first time where mass murder wasn't almost solely conducted in the name of religion. People have trouble remembering slavery, Native Americans, or the Crusades. I think if Joaquin meets me, he'll realize that we both make basically the same moral beliefs about things, even if we give different reasons for why.

As for YOU SurfPuppy, it's interesting that you project being upset onto somebody when this was a genuine invitation, and imply (the scare quotes around "discuss") that it's a physical threat of violence. That's a new one - no one's ever reacted the way you did before. So I'm asking you for an apology for implying that I threatened someone, which is pretty serious. I'll be genuinely happy if you're a big enough person to provide it.

As for YOU SurfPuppy, it's interesting that you project being upset onto somebody when this was a genuine invitation, and imply (the scare quotes around "discuss") that it's a physical threat of violence.

well, that is not how it came across to me.

Bummer to click and realize this was an "almost news" story. I actually got excited for a bit. It would be great to have a stronger atheist representation in this town. But, as they say, herding cats. ;)

Based on this real story:

Ah, thank you! Missed that somehow. Going to share it. :)

LOL! Still, the veiled treats are uncalled for in any story.

SurfPuppy: again, there were no veiled threats here, and it's very strange that that's how you interpret an invitation to a meal. Accusing someone of threatening violence (especially when it was an outreach gesture) is pretty serious and if you come back to this article, I seriously do expect an apology from you if you're a big enough person.

Am I the only one who doesn't find the Almost Factual News articles funny.

I've tried. I like to laugh, and a good parody would be welcome. I love The Onion.

But this is anther example where the author COULD do something funny, but it just comes across as odd, disjointed, and weird.

Hmmm...maybe if there were an item about how Bob Filner got Papa Doug in a headlock and gave him a nuclear nuggie...or about Duffy being found passed out at a reggae show, or Dumanis coming out of the closet as a life-long heterosexual...maybe Todd Gloria holding a press conference taking credit for personally filling all the potholes in his district, or Marti Emerald quiting the council to join a reality TV show.

These could all be kinda funny if written right.

But this item, which has a paragraph of sort of bitter pseudo-atheist rant disguised as Almost Factual News...it's really just not funny.

Maybe something about the Atheists declaring holy war, going on a crusade, chanting in unison to their lord and savior Richard Dawkins, reading as a group from The Selfish Gene...that might be funny. But this? Nah. It's just weird and disjointed.

This week it would be hilarious to do a bit about SOHO being bought by Irwin Jacobs, with Bruce Coons saying, "We welcome the new investment and change of direction for SOHO that someone with Irwin Jacobs concern for historic preservation and public involvement brings.."

Reader Staff...what do you pay for these items? Maybe I'll write some for you, if you want...(just ask Barb to contact me.)