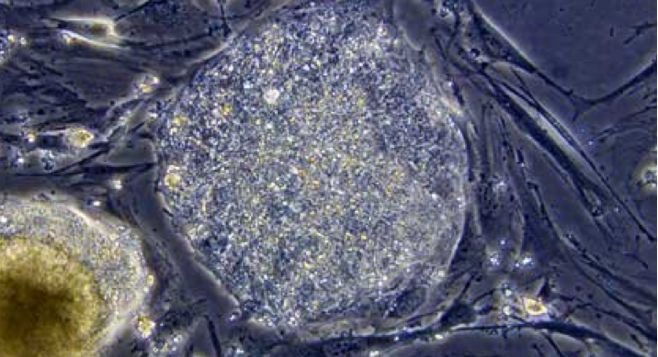 Ever since the passage of Proposition 71 eight years ago, California has been leading the nation in stem-cell research. And here in San Diego, the biotech industry has been at the forefront of several breakthroughs in grant-writing related to the use of stem cells.

But for every successful bid for government largesse, there are dozens of failures. Sometimes, the proposed applications lack apparent benefit - does anyone really need to grow an ear on his or her back? Sometimes, the projects are ethically problematic - viz. REALANIME's plan to stimulate eyeball growth in Asians. And sometimes, even when everything looks good on paper, a company can simply fail to rise.

Such was the case with Wangkin Industries, a Sorrento Valley biotech headed by Dr. Dennis Wang, a pioneer in the field of regenerative tissue research. Over a two-year period of intense study and experimentation, often conducted late at night after everyone else had gone home, Wang became convinced that he could bring about "not just regeneration, but generation. Put simply, I could build up tissue in specific regions that nature had neglected. I could make every man more of a man."

His interest aroused, Wang immediately partnered with as many interested colleagues as he could find. "Most of them couldn't wait to get in to bed with me on this. We believed that the Stem Cell-Helped Lengthening Of Natural Gifts, or SCHLONG, was the sort of project that could easily attract the serious grant money this kind of research requires. I mean, those bums at Histogen got money for an application that would stimulate hair growth. Seriously - a baldness cure. Does anyone really imagine that men care more about what's up top than what's down below? Our initial projections indicated that SCHLONG would be huge."

Unfortunately, as is so often the case in these sorts of things, reality didn't measure up to expectations. "Due to circumstances beyond our control - the struggling economy, etc. - the venture capital market went cold. As a result, SCHLONG experienced significant shrinkage in the hard data we could offer during our initial presentation. That lack of cash up front really hurt us with some prospective government donor boards. We tried to convince them that we were growers, not showers, but they said they'd heard that line before."

Crushed, Wang sought alternative methods to make SCHLONG work. "It seemed to us that this was just the sort of project that might get the public excited. I bought some email lists and started sending out funding requests: emails with subject lines like "Do you want to be bigger?" and "Impress her tonight!" But for some reason, we're just not getting the response we expected."