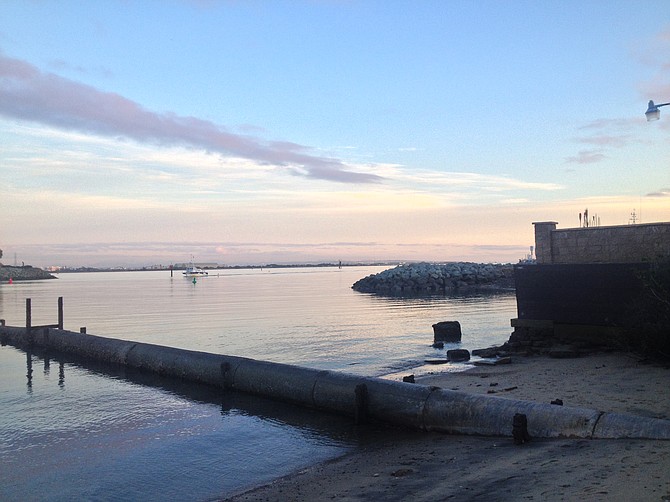 Kellogg Beach used to be larger, it’s mostly between McCall and Lawrence now. “After they put a wall up, it ended up causing that part of the beach to go away.” (shows seawall and where a beach used to go from Lawrence Street (next to project site).