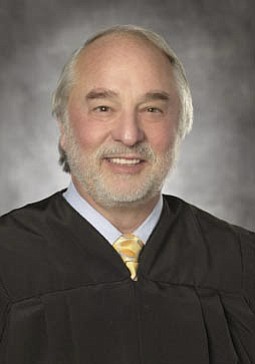 /// Joel M. Pressman , San Diego Superior Court , Dept. 66///
A discriminatory Judge who has demonstrated negligence against the "PUBLIC" of San Diego. On 10/04/2016 he even attempted to fraudulently and oppressively "DISMISS" my case against the City not only because of his discriminatory animus against me but also to prevent "Elevation" of important matters against The City and Managers in The City. In another "SHOCKING" and "UNBELIEVABLE" unlawful conduct in the Judicial System by this Judge, on 10/19/2016 he "CANCELED" my scheduled "Motion for Summary Judgement/Summary Adjudication on 01/07/2017" and scheduled it for The City of San Diego for the same day on 01/07/2017. In fact, on 10/19/2016, this judge "STOLE" my "Scheduled Motion" and gave it to "The City of San Diego". This Judge "Recklessly" and "Unlawfully" abuses his "Judicial Immunity" against me. This Judge has attempted to "OBSTRUCT" my "JUDICIAL RIGHTS".