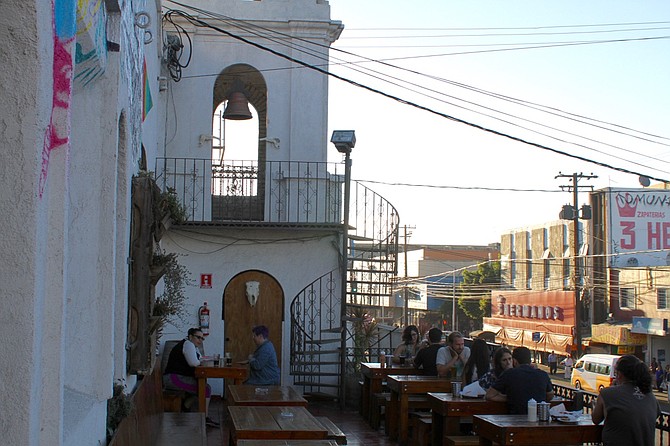 Mamut’s balcony used to belong to the Foreign Club hotel, overlooking Calle Tercera. A steeple was common in old hotels.

Not all that tasty, plus a hangover

Everything is great at Mamut Brewery. Except the beer.

Situated on Third Street in what used to be the Foreign Club building, Mamut Brewing Co.’s main location is top notch. The old hotel is one of Tijuana’s oldest buildings. Legend says that the building ...