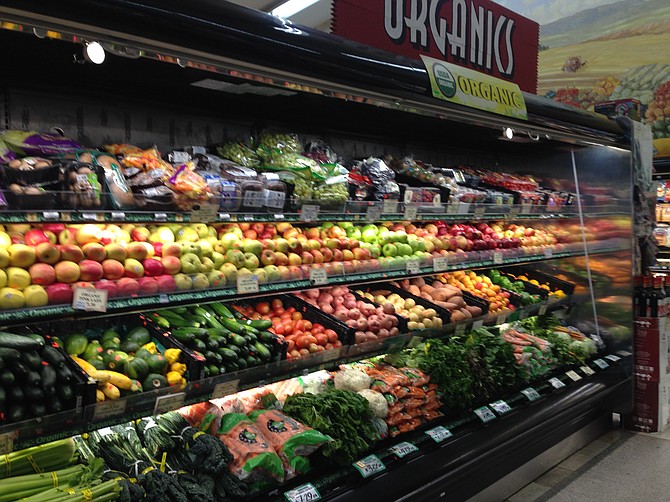 The organic section (the conventionally grown produce section is larger)