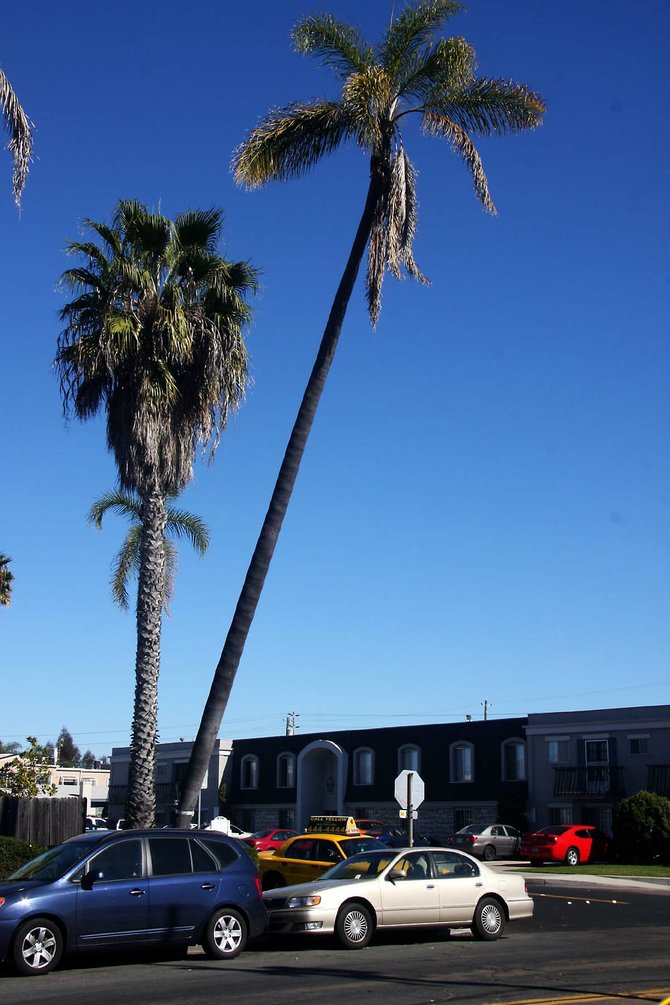 I believe this leaning palm was removed just in time, but it should have been removed long before this degree of lean was apparent. Palms that lean a little bit should either be removed immediately or, if an experienced and competent professional is willing to accept responsibility for the consequences, perhaps strengthened. But the fact that conditions were ripe for leaning in the first place, makes any leaning palm questionable. Palms are normally very strongly rooted by numerous small roots rather than a branching root system like trees, and any amount of significant lean means that something is amiss with the root system, often root death caused by drought (failure to irrigate regularly and properly) and/or poor nutrition (palms need regular fertilization). When palms lean, it usually means that a combination of problems are responsible, including planting where permeable soil is too shallow, causing the bole of the palm to be pushed upward. In this latter case, the palm must get to be large enough for this phenomenon to occur.