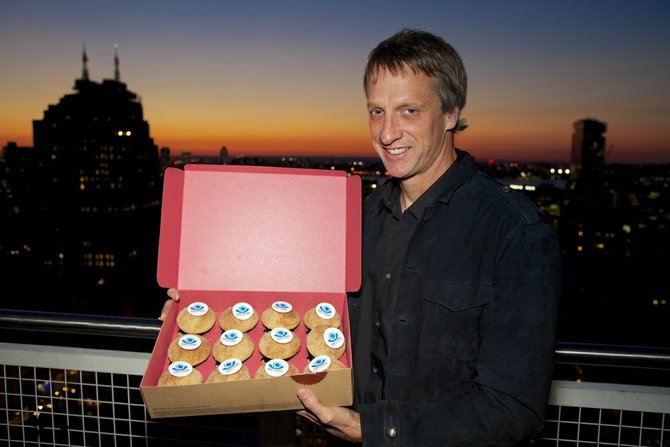 Sprinkles Cupcakes Founder and judge of Food Network’s Cupcake Wars, Candace Nelson and Professional Skateboarder, Tony Hawk will be joining forces to help support The Tony Hawk Foundation, which focuses on the creation of public skateboard parks in low-income communities. Nelson and Hawk will be handing out cupcakes to fans at the La Jolla Sprinkles Cupcakes located in The Shops at La Jolla Village from 1-3pm on Friday, September 21st where 100% of the weekend’s sales (9/21 – 9/23) from all ten Sprinkles stores of Tony’s favorite cupcake, the Cinnamon Sugar, will be donated to The Tony Hawk Foundation.