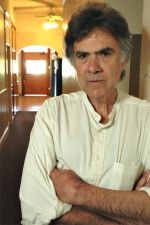 Born in Chicago on December 11, 1950, Brizzolara was a writer since childhood. At age 29, he sold his first two short stories to Weird Tales. His writing appeared in Asimov's Science Fiction, Amazing Stories, Whispers, Weirdbook, and Twilight Zone Magazine. His short fiction has been translated to German, Russian, and Japanese.

In 1987 he published his first novel, Wirecutter, followed by the science-fiction novel Empire's Horizon in 1989. Thunder Moon, a sequel to Wirecutter, soon followed. In 1997 he won the National Conference Media Award for Journalism for a San Diego Magazine story on hate crimes. He reviewed numerous books for the Union-Tribune and the Los Angeles Times. He also wrote for the Chicago Reader, Pages, and San Diego Home Garden & Lifestyle. Brizzolara wrote for the Reader from 1989 to 2013, including a weekly column, TGIF.

John died in his sleep at Father Joe’s Villages on October 11, 2016. He was 65. Brizzolara wrote about his struggles with alcoholism and other ailments to which he succumbed.

Samples of his notable essays can be found in our From the Archives series. Other notable stories include:

Flesh of My Flesh (unending romance of fatherhood)

RSS
What chefs themselves eat, San Diego homeless remember their moms, roadside graves, will we be together forever?

Sweat Cuisine "Let's say you have a banquet. Chicken Kiev and vegetables and potatoes, 600 people. An hour before the banquet starts, you find out it's down to 500. You've got 100 leftover half-cooked chickens, ...

From the archives
Reader author goes into rehab, what they read in front of the Hotel Del, Dad looked like Robert Taylor

“What happened to your shorts?” Let me tell you about my leave of absence. Like you're dying to know. One letter poured in. It was hard to tell exactly what the writer was trying to ...

Angel in the Rubble Four years after the Cedar Fire. On October 25, 2003, I go outside to touch base with the night sky and feel the air before retiring to bed. Tonight feels different. ...

Street neighbor in the East Village Kazakhstan national can’t get her daughter back Yes, I was on the street, but I was home-schooling my daughter. By John Brizzolara, July 26, 2013 | Read full article ...

A Single Mother Alone in the World If the child-support check is late, I let it be. I resent having to beg for anything. I used to be on my ex like white on rice, ...

From the archives
John Brizzolara writes about his mom, his son, his dad, his editor, rehab, beach reading habits

“What happened to your shorts?” Let me tell you about my leave of absence. Like you're dying to know. One letter poured in. It was hard to tell exactly what the writer was trying to ...

From the archives
What makes a home in San Diego

Site 151’s Four Million Dollar Mansion Ralph Genovese doesn't use the word "mansion" to describe the three dwellings he will construct on a mountaintop in Rancho Santa Fe. He prefers "estate." He's building one of ...

From the archives
Hillcrest, neighborhood of ghosts

Street neighbor in the East Village Yes, I was on the street, but I was home-schooling my daughter. By John Brizzolara, July 26, 2013 When Vietnamese people say American they always mean white I grew ...