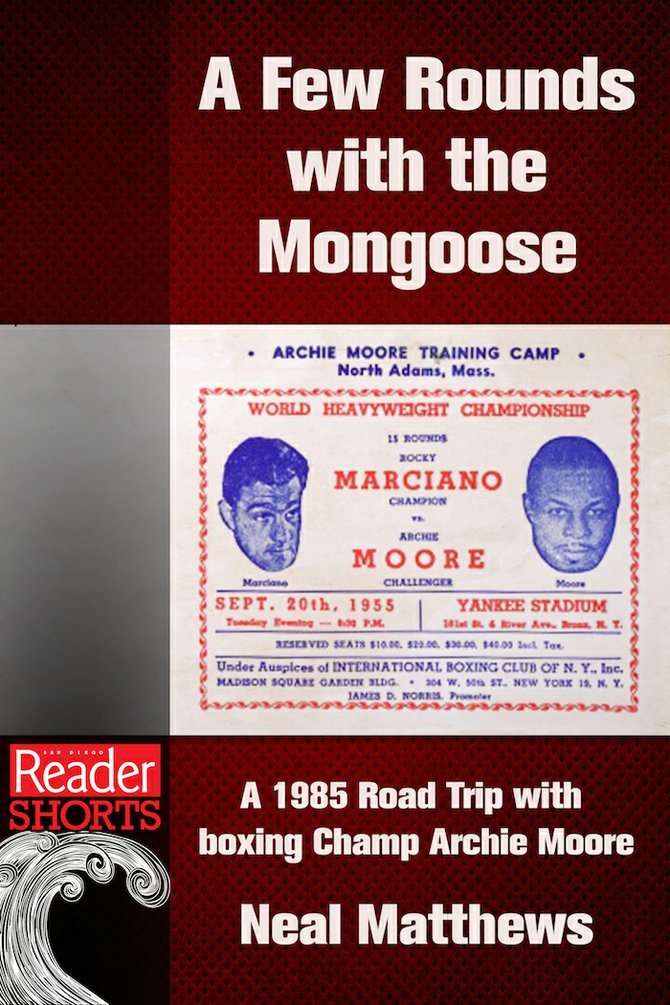 A Few Rounds with the Mongoose, by Neal Matthews. Archie Moore, the Light Heavyweight Champion of the World between 1952 and 1962 with more than 130 knockouts to his credit, retained his positive outlook and sharp wits until he died in 1998, at the age of 84. He remains a champion for the ages, not only because of his accomplishments in the ring, but also because of his dedication to the cause of directing young, low-income, at-risk boys toward lives of responsibility and purpose.

In this 1985 road trip to Los Angeles, he takes writer Neal Matthews with him into a scruffy housing development in Watts, where he demonstrates his inspiring techniques and special appeal to young people. Along the way he recalls his early days as a boxer in San Diego, where he fought about once a month for more than fifteen years before he was allowed a shot at the title. His interaction with the writer grows comical as the farther they travel, the more irritated Moore becomes with Matthews’ driving. They journey to the big city and circle back home to San Diego, with the boxer, then 72, as feisty as a young contender.