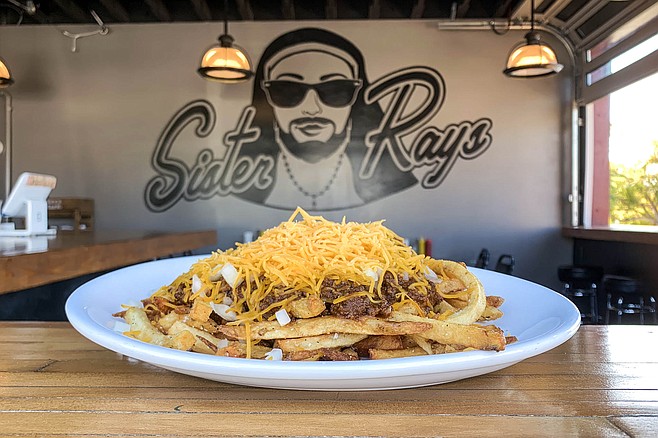 Last year, 2019? It was trying. I’m sure we all felt it. Mine did have a saving grace though, in an unlikely source: chili cheese fries.

It’s been a year since Ed Bedford showed up to the opening day of burger spot Sister Ray’s, which does business in a notorious corner property at Market and 26th Street, on the border of Grant Hill and Sherman Heights. I say notorious because over the past decade, restaurants have cycled through the place faster than the Padres go through managers. But Sister Ray’s appears to have bucked the trend, capturing the town’s burger and beer zeitgeist with, among other things, its own take on the dirty flat top burger, priced at $5 during a 3-6pm weekday happy hour. That’s a solid reason to visit.

But it’s not the bit of comfort food that got me through the year. Before Sister Ray’s I would have hesitated to call chili cheese fries a meal. You wouldn’t call bare French fries a meal. You might not call a single bowl of chili a meal. But pour one on top of the other, toss on diced onions and grated cheese… It’s more than an appetizer, more than a side dish, more than a snack. 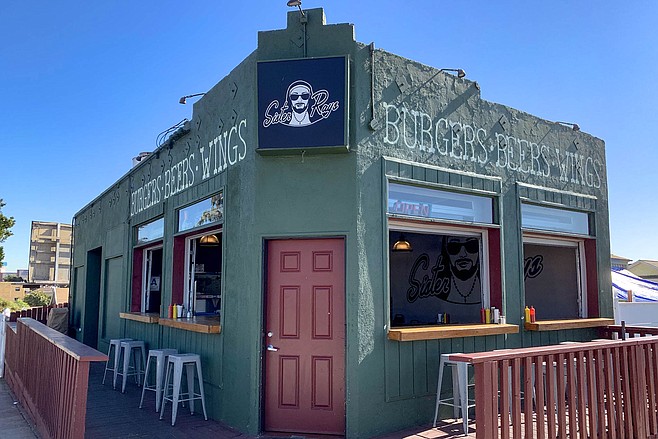 A year later, Sister Ray's is still plugging away at a cursed location.

At Sister Ray’s, the chili cheese fries are offered in two sizes: small or large. I’ve ordered the nine-dollar large, and guess what: it’s large! Large enough I can’t finish it. Large enough I take leftovers home, enough for a second small meal. The truth is, I usually order the small chili cheese fries, for $4.50, and that’s enough to fill me up.

It's a pretty generous pile of fries, fully smothered in a ground beef chili. Yes, Sister Ray’s is good enough to offer a vegetarian chili option, but I’m not going to pretend that’s a worth consideration here. This meat chili appears to be designed specifically to heap on top of fried potatoes. These French fries seem perfectly made to bury under a stewed and spicy, savory meat sauce.

There’s no part of my brain that believes eating these chili cheese fries as often as I do is smart or healthy. Before Sister Ray’s opened, I was a once-a-year chili cheese fries eater at most. But barely a week went by in 2019 that I didn’t crave these. I didn’t always indulge, but once the idea entered my head, it was tough to shake. Like a song that gets stuck in your head until you listen to it again. And when the 2019 going got tough, the Sister Ray’s chili cheese fries became my number one comfort.

And now it’s 2020, an election year. With no regrets, I’ve added Sister Ray’s to my speed dial.