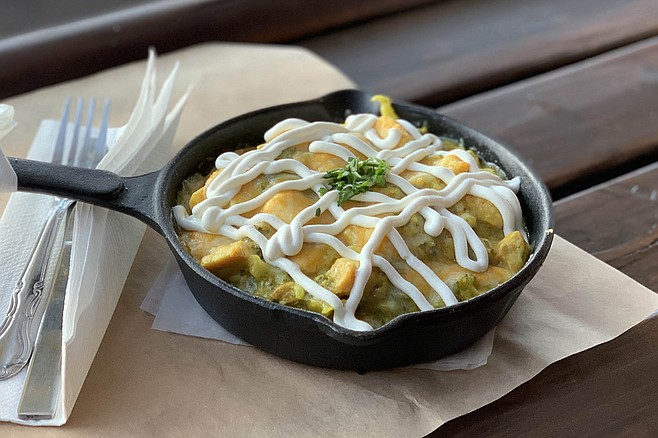 Something new seems to come out of the kitchen at South Park Brewing Co. every year or so, and with the departure of Tacos La Mezcla to Twisted Taps in North Park (more on that later), the new restaurant inside the brewery this year is called South Park Kitchen.

The folks behind South Park Kitchen are already familiar to the community: they’re Italians with ties to the neighborhood’s growing assortment of Buona Forchetta restaurants, branching off with their own thing here. 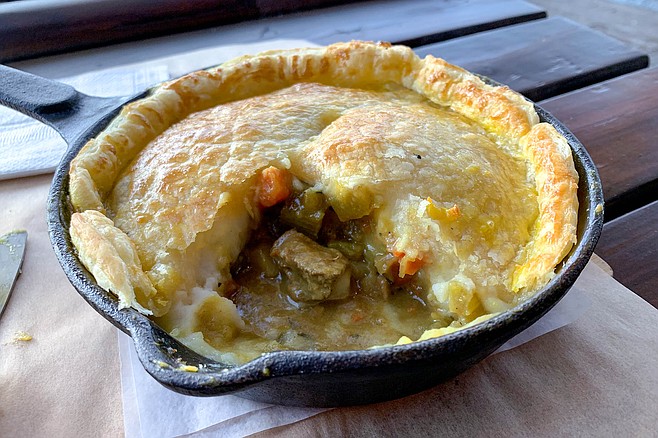 A lamb skillet pie, with an aromatic stew inside

But that doesn’t mean South Park Kitchen serves Italian food, at least not the pastas, pizzas, or deli sandwiches we’re accustomed to. They know as well as anyone that the Buona restaurants have that well covered a few dozen feet away. Instead, they’ve put the focus on home style cooking. Comfort food. Food made aromatic with the sort of herbs Simon & Garfunkel sang about. 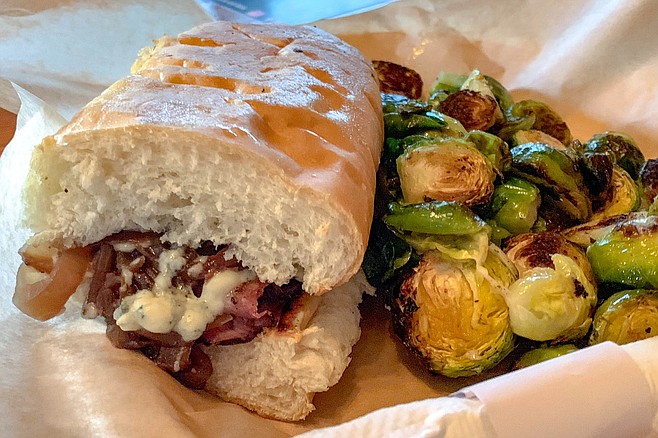 That includes soup and sandwiches, such as the roast beef with caramelized onions and blue cheese. Sandwich options include veggie, salmon, and chicken, and all come with choice of side including mashed beet and potatoes, fries, green beans, and asparagus. I opted for brussels sprouts, and got a pile of them beside my sandwich. Not a bad haul for nine dollars. 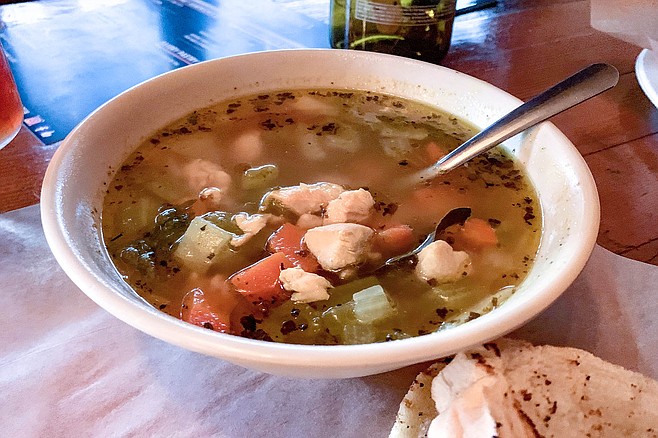 The seven-dollar soups are generously apportioned as well. At first, I wondered why my chicken soup didn’t include noodles, rice, or dumplings. But the large chunks of chicken and vegetables rendered any filler unnecessary. The warming, homey soup tastes nourishing and herbaceous. 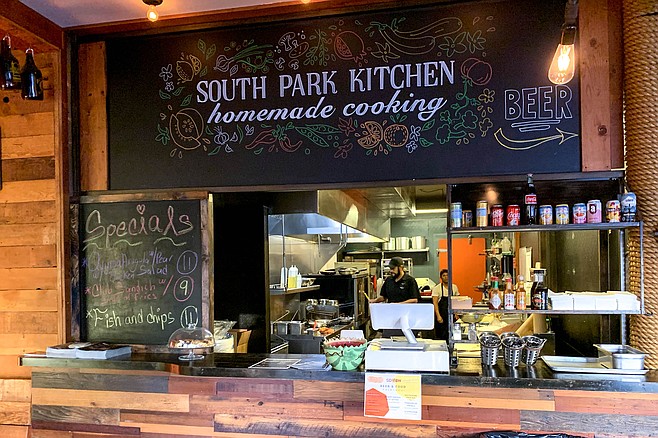 But the most interesting dishes are served in skillets. Savory pies, for example. At 15 bucks each, these are basically pot pies by another name, filled with either stews of vegetables, chicken, beef, or lamb with carrots, celery, and onions. My lamb pie was fragrant with rosemary and sage, with phyllo-light crust and thick chunks of lamb.

The $15 dishes actually named skillets are something else altogether. The menu describing beef with chili and cheese, ground turkey with portabello mushrooms, and veggies with gouda in cast iron skillets don’t really explain it. But my chicken, broccoli, and cheddar skillet turned out to be sort of inverted enchiladas, with corn tortillas laid at the bottom of the skillet with a green sauce to keep them moist, with chunks of chicken and broccoli covered in melted cheese and crema over top of them. It reminded me of the old casserole, chicken divan, if anybody remembers that. My mom made it when I was growing up, so it particularly hit the spot.

That’s kind of the feeling that pervades the food served over this little counter inside a neighborhood brewery. Like it’s home cooking. Which fits the neighborhood, and certainly suits these chilly nights we’ve been having. Proof again that change isn’t always bad in South Park.