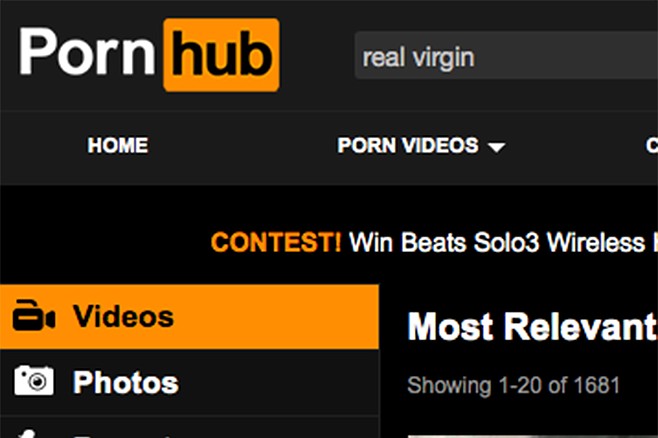 San Diego Assemblywoman Lorena Gonzales recently introduced AB 1909 into the California legislature. If passed, the bill would outlaw virginity testing — the inspection of the hymen to determine whether or not it is intact. The tests came into the public eye last November, when rapper T.I. declared during a podcast that he accompanied his daughter to a yearly exam. But while America’s concerned dads may not be enough to stand in Ms. Gonzalez’s way, America’s masturbators are another matter. “Assemblywoman Gonzalez says there’s no justified reason to do these examinations,” says Pornhub.com spokesman Brad Malegaze. “But that’s only because Ms. Gonzalez isn’t aroused by watching videos of real virgins getting deflowered on Pornhub.com. Which is fine, of course, but it’s no reason to kink-shame the many, many people who are, or to deprive them of the perfectly legal, perfectly safe, perfectly harmless sexual satisfaction obtained via those videos. These viewers aren’t into play-acting, wherein an actress might, say, refer to her on-camera partner as her step-father and so give the impression of an incestuous hookup. Not that there’s anything wrong with that! But these viewers are after the real deal: hot first-time action with genuine virgins losing it on camera. And how can we as a porn provider, in good conscience, present such people with videos labeled ‘real virgin’ if we can’t medically verify that the actresses involved are in fact real virgins? Here are Pornhub, we know that virgins are a precious commodity, and we’d hate to deprive them of work just because some law says they can’t be checked — or worse, see them injure themselves by obtaining back-alley virginity tests, often in less than sterile conditions. We implore Ms. Gonzalez to rethink her terrible decision to keep women from realizing their full potential in their chosen profession.”