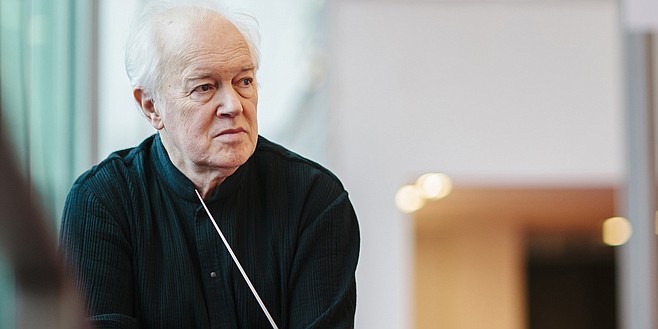 I take no pleasure in what follows.

The San Diego Symphony has now given two perplexing performances of a Beethoven symphony in as many weeks. The fourth symphony was played on the weekend of January 17-19 and the fifth symphony on Saturday, January 18. This makes three such performances if we go back to last season’s opening concert which included a messy Beethoven Symphony No. 7. All were conducted by Edo de Waart.

To my great chagrin I was unable to attend the performances of Beethoven’s Symphony No. 3 which were conducted San Diego Symphony music director Rafael Payare. I am curious whether or not Payare was able to draw any rhythmic integrity from the orchestra.

The performance of Beethoven’s Symphony No. 5, on Saturday, was full of phrases which were unsustained, ambiguous and limp. The only equivalent I can come up with is the use of “dot, dot, dot.” Imagine if I were to end every sentence with a ... Never quite finishing my... and leaving you to wonder what... How long before you simply...?

The final note of the entire symphony ended with a... I threw my hands in the air in disbelief. Beethoven’s Fifth should end with an exclamation! What was going on?

Every musician in that orchestra knows how to play. They all teach their students to sustain the energy in each and every phrase. It’s not a lack of knowledge.

I assume they all care deeply about the music and the art form. How could they not?

None of them is lazy. It’s impossible to sit in a chair on that stage without an immense amount of talent backed up by inconceivable amounts of practice.

Is it de Waart? Is his conducting too vague? It did sound as if the players were ending their phrases based on a guess. I have no idea where the problem is coming from nor do I particularly care in finding blame.

I’m interested in a solid performance of a Beethoven symphony and so far it hasn’t materialized.

As an aside, each time the woodwind section was featured by Beethoven it sounded like a flute concerto with wind accompaniment. The lack of balance was startling.

The next concert features Beethoven’s Symphony No. 6. I am confident that it will be more of the same wooden, stale phrasing which lacks the rhythmic integrity which Beethoven gave it. Will there be "happy feelings upon arriving in the countryside" or will it be a trip to the gas station? Will the "scene by the brook" babble or will if be a bayou? How about that sudden summer storm? Will it crash and thunder or be just another day in San Diego with a mild Santa Ana?

Regarding the rest of the concert on Saturday, the John Adams Violin Concerto was well executed but the music itself was tedious except for the final movement which flew forward with all the nonstop energy which Adams musters in his finest works. The string orchestra arrangement of Beethoven’s Grosse Fugue, originally written for string quartet, was inline with the performance of the Fifth Symphony. It was immediately forgettable.

It doesn't say who wrote this, but I can assume. Why don't you tell us how you REALLY feel about the music? And what does this portend for the ultra-well-financed symphony?

Who is the writer?