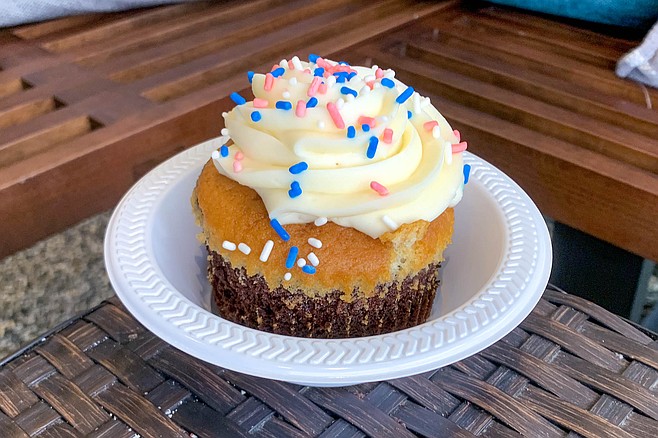 A couple of years ago, after a decade doing business in Hillcrest, fancy cupcake maker Babycakes moved out of its 5th Street home base to pursue a bigger bakery opportunity out in in Paradise Hills, near National City. I don’t know whether the loss of a cake-maker can be said to leave a hole in a neighborhood, but the collective weight loss surely made some kind of a dent. 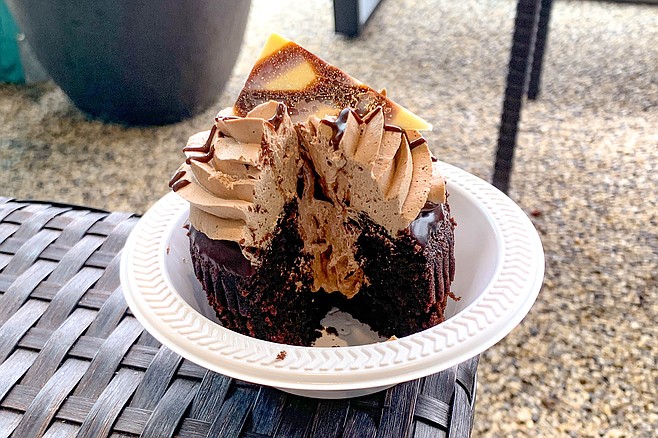 You can see chocolate mousse in the center of this chocoholic cupcake.

Either way, it has to be considered good news that, a few weeks ago now, Babycakes made good on hints it would someday return to Hillcrest, opening a new bakery counter at 4th and Robinson, in what used to be a Pinkberry. So if you had the cupcake trend outlasting the frozen yogurt trend, congratulations! Buy yourself a cupcake. 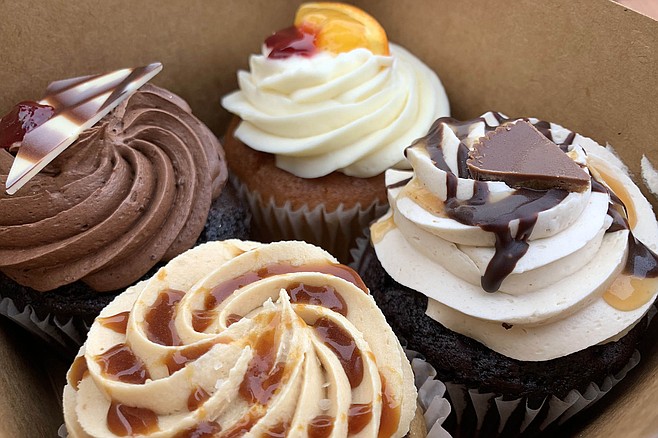 Judging by the crystal chandeliers hung in the new shop, it’s fancy enough to represent its signature cupcakes. As to what makes them fancy, one could easily cite the tall swirls of frosting and generous application of sprinkles topping them, but the truth is you’ve got to look, and bite, a little deeper. 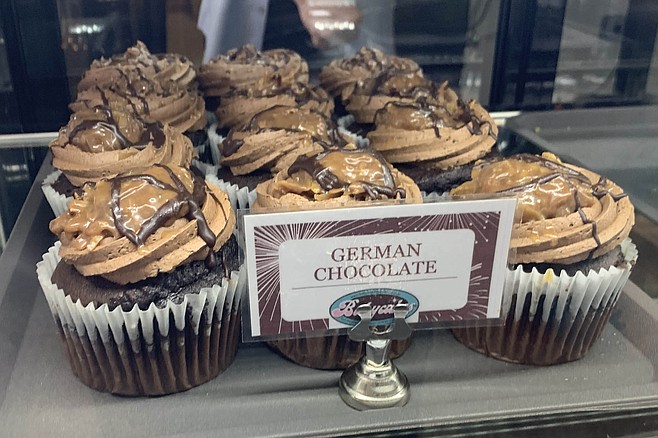 For example, at first glance its namesake Babycakes cupcake looks like a flashy yet simple white cupcake with white frosting and rainbow sprinkles. But in truth, it’s made with marble cake, cheesecake frosting, and a dollop of cheesecake and chocolate chips buried in its center. 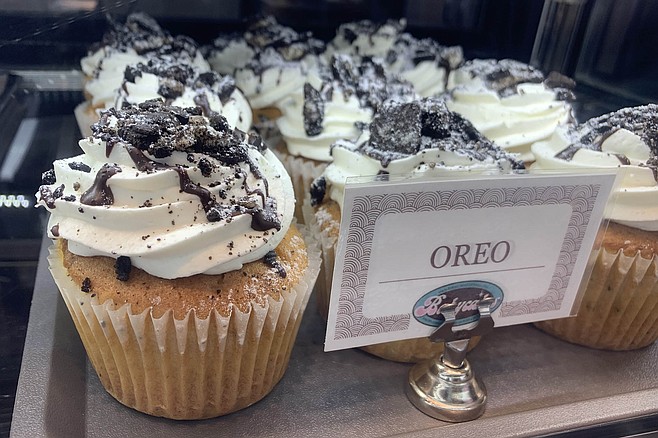 The chocoholic cupcake has chocolate cake with chocolate mousse frosting to go with a mousse-filled center, topped with chocolate sprinkles and drizzle. These are just the beginning, it gets more tantalizing from there, incorporating frostings made from fudge or butter cream, and centers enriched by raspberry sauce, peanut butter cream, Oreo crumbles, and more. There are cupcakes based on carrot cake, German chocolate, and a bright green one highlighting pistachios. Even the vegan take on its salted caramel proved better and moister than most mortal cupcakes. 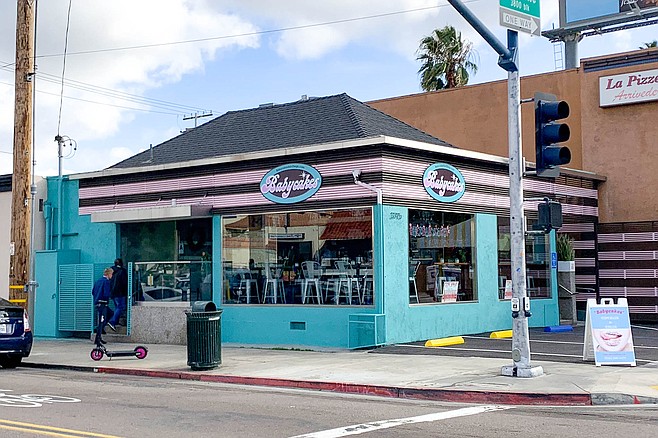 A new Hillcrest location for Babycakes

The new Babycakes doesn’t try to incorporate sandwiches and other fare the way the old restaurant did; this time the focus is clearly on cakes of all sizes, but especially small ones. Along with coffee and tea.

The cupcakes look so amazing that I wanted to bite my monitor. But I'll miss the equally good brunch menu at the original location. That's why I went there, not for cupcakes.