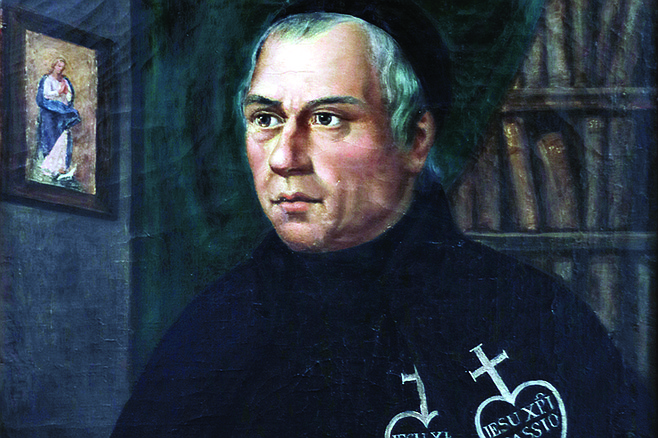 The Italian priest was also a member of the Passionists congregation

Alas! O Lord, Sovereign ruler of the universe, thou who from nothing didst create all things, and with the power of thy arm dost preserve and uphold them; thou, who didst deign to form out of all visible creatures one more noble than the rest, to form it according to thy own image and likeness, to render it capable of knowing thee, of serving thee, of loving thee and of eternally praising thee; thou, who in thy infinite mercy didst vouchsafe to look upon this noble work of thy hands, though fallen from the right of its inheritance; who didst humble thyself to take upon thee our nature of flesh, to subject thyself to so many abjections and sufferings, yea and even unto the death of the cross: O do thou, O Lord, do thou remember us, who are of the number of these creatures. Alas! my God, shall I dare to say it? Yes, I will say it in my foolishness; pardon, O Lord, my hardihood. If faith itself, nay, if reason itself did not assure me, that thou dost never forget any one altogether and entirely, that thou beholdest all, that thou carest for all, I should be tempted to blaspheme and to say that thou has forgotten thy servants the people of England.

– from The Lamentation of England, Blessed Dominico Barberi

Dominico Barberi (1872-1849) was an Italian priest and member of the Passionists congregation who traveled to England, initially in 1840 and permanently in 1841. His work heralded the “Second Spring” for Catholicism in England, bringing into the Catholic Church such notables as John Henry Newman – who was canonized this past October by Rome – and thereby setting the stage for the rejuvenation of English Catholicism (and answering the pleas of his Lamentation), which resulted in the subsequent conversions of such 20th-century literary greats as G.K. Chesterton, Evelyn Waugh, Robert Hugh Benson, Ronald Knox, and Graham Greene. Barberi was beatified in 1963 by Pope Paul VI.