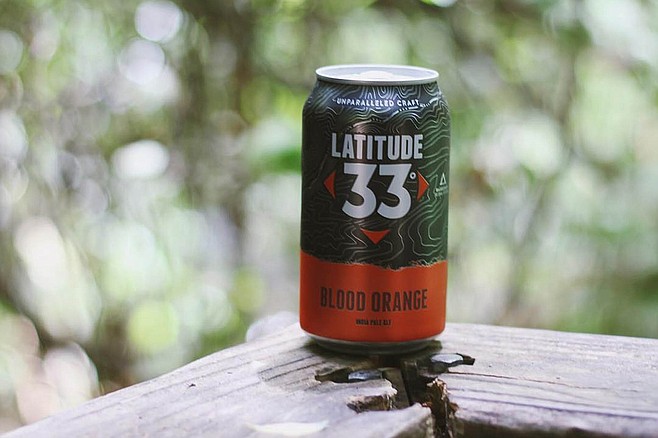 Latitude 33 sold its brewery and only got bigger

After seven years in business, Latitude 33 Brewing met a crossroads. Led by flagship beers including Blood Orange IPA and Honey Hips blonde, the Vista beer company had quadrupled beer production in 2016, and doubled that by 2018, making it one of San Diego’s fastest growing businesses. But despite having opened markets throughout California and out of state, Latitude had no room to grow in 2019. At 16,500 barrels, its brewery had reached capacity. Problem was, the cost of making beer keeps going up.

With a core lineup reliant on fruits, honey, and copious hops, Latitude 33 watched its cost of ingredients rise, while a saturated beer market ensured sale prices remained flat, at best. This was eroding its “already razor-thin margins,” according to a recent press release. Its resources shrinking, without a change in approach, said the release, “We would no longer support the production of core beers at scale.”

The brewery needed to grow, and not incrementally. But a look around the industry shows how hard the beer business has been on breweries that expanded too big, too fast over the past few years. “Increasing capacity required massive capital investment,” points out Latitude 33 CEO Mike Ingram, “Well ahead of the volume required to justify it.” Building or buying a brewhouse large enough to grow into would mean Latitude 33 could spend years paying for brewing capacity it didn’t yet need.

Take Green Flash Brewing, which found itself with brewing capacity to spare after scaling back operations in the time surrounding 2018’s notorious foreclosure sale. Green Flash had quickly expanded to all 50 states, then built a large brewery on the East Coast to keep up with growth. When that growth failed to materialize due to rising competition by a new generation of breweries and emerging sectors such as hard kombucha, debt from brewery expansion pushed Green Flash into foreclosure.

Ironically, Latitude 33 has managed to turn these events into a solution to its problem. In December, it began shifting production of core and seasonal beers to the Green Flash brewery in Mira Mesa. Meanwhile, it sold its Vista brewhouse (which happens to be the same property where Green Flash first launched in 2002) to fast-growing hard kombucha maker, Local Roots, which had likewise reached the limits of its brewing capacity. While Latitude 33 continues to brew on a small pilot system in Vista, and operate its tasting room there, it is establishing an alternating proprietorship at the Green Flash brewery, effectively doubling capacity without having to invest millions in new equipment.

“Sharing overhead burden with a local, independent, top-tier brewery with production capacity was (by far) the best option,” says Ingram, adding that the Local Roots deal simultaneously frees up resources for Latitude 33 to grow in other ways. “This move also provides greater flexibility, from a financial perspective,” he notes, “By the end of this transition we will be virtually free of any long-term liabilities.”

For example, Latitude 33 has been pursuing satellite taproom options for 18 months, which the beermaker can now afford. “Fortunately, the new arrangement liberates the necessary capital to pursue this opportunity. We've been eyeing locations in both North and South County,” Ingram notes.

And now, it will easily have enough beer to support one. The company moves from brewing 30-barrel batches into 120-barrel fermenters in Vista, to 50-barrel batches with 250-barrel fermenters in Mira Mesa. Not just as a contract brewer, but as a second business under the same roof. “We have dedicated cellar capacity with room to grow,” reports Ingram, “we're brewing at the same weekly cadence.”

Asked whether Latitude 33 has any plans to build its own brewery again in the future, Ingram suggests a brewpub could be down the line, depending how the beer industry looks after the next 18 months. And, for those recalling that Alpine Beer Company also once sought growth by brewing larger batches of beer at Green Flash, before eventually being purchased by the larger brewer, I have to ask Ingram if a similar sale could one day be in the works.

He says nothing like that has been discussed, however, “In our mind, we want to do what's best for our teammates and investors. If that means selling a portion of our brand to a cohesive partner with ability to help support our growth, I'm open to the discussion.”