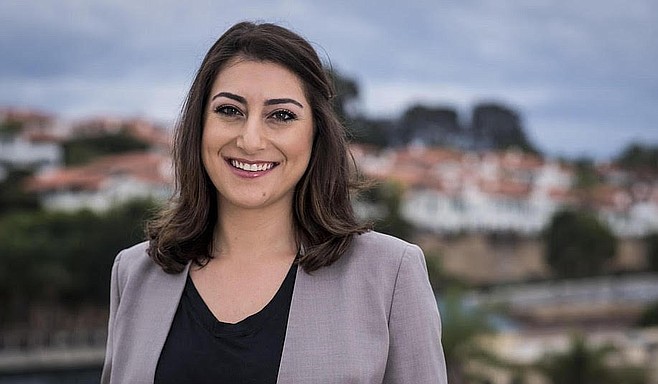 A tsunami of political TV spots may be about to hit San Diego airwaves, thanks to Democratic presidential candidate Michael Bloomberg and House hopeful Sara Jacobs, granddaughter of Bloomberg's longtime friend and associate Irwin Jacobs.

The double-billionaire punch comes two months before the California primary in March. It could be only the beginning, based on a torrent of television commercials bought by the family friends to run during the first week of the year. 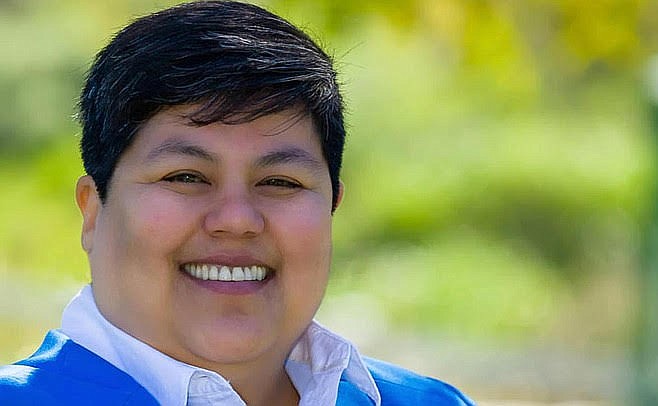 Bloomberg 2020 booked $86,921 worth of spots on ABC affiliate KGTV here and $143,310 on CBS affiliate KFMB, disclosure filings posted online by the Federal Communications Commission show. The campaign made a total buy of $101,575 at KSWB, the region's Fox affiliate.

So far, Jacobs, running to succeed House Democrat Susan Davis in the 53rd District, has purchased a weeklong run of commercials for $7114 on KGTV and $14,535 on KFMB, according to the records. Jacobs's KSWB buy was $3315. The two wealthy candidates are the only ones in any race to have arranged for airtime here, per FCC filings. 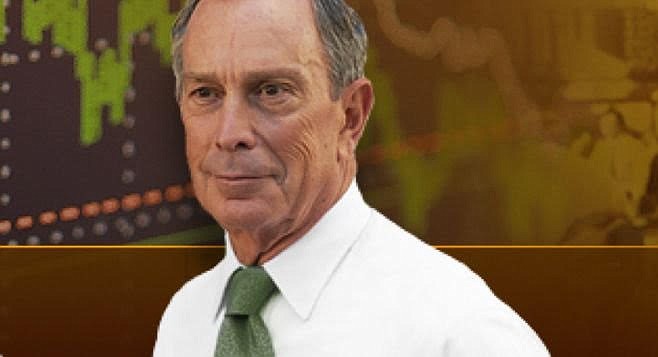 Bloomberg has spent almost $200 million on broadcast and social media across the nation, reports Vice, financed by his personal fortune.

The New Yorker's ties to the Jacobs family run deep. In May 2012, he reached out from the East Coast to endorse the candidacy of ex-Republican Assemblyman Nathan Fletcher for mayor of San Diego, backed by Irwin's son, then-Qualcomm chairman and CEO Paul Jacobs, and a raft of other company executives.

A year earlier, Irwin Jacobs and wife Joan had bankrolled Bloomberg's pet project to build a high-tech grad school on New York's Roosevelt Island for the Technion-Israel Institute of Technology. "Today will be remembered as a defining moment," Bloomberg proclaimed. "In a word, this project is going to be transformative."

Sara Jacobs, who is facing labor union-endorsed San Diego city councilwoman Georgette Gomez, a fellow Democrat, in the March primary, has thus far gotten a total of $90,899 in campaign cash from donors with the last name of Jacobs.

Additionally, her grandfather Irwin gave a total of $2.5 million to Washington, D.C.-based Women Vote! which supported Jacobs with TV spots featuring Barack Obama during her failed 2018 run for congress in the 49th District.

It will be most interesting to see if the Jacobs family can buy a House seat for this unqualified and inexperienced young woman. No matter how much backing Gomez has from organized labor, the Jacobs clan can, without drawing a deep breath, outspend her. In the San Diego area, money usually wins elections. Will this be the exception? It would be such a good thing if is. But don't count on it, and definitely don't hold your breath.

Putting aside the money-raising point for now, both Jacobs and Gomez are qualified for the job.

Oh! Or do you mean that both are equally (un)qualified for the position?

You are right about that! It is sad that these two are the best we can offer.

No, I said what I meant. It was clear.

For clarity, there was no "violation of the usage agreement," just a redundant posting of my comment, one of which I tried to delete.

Please. Sara Jacobs is a carpetbagger candidate for United States Congress -- for the second time. She has no experience that relates in any way to getting elected to any office I can think of, but she is politically ambitious and her grandparents are rich as Croesus, so she can afford TV advertising to help herself. She claims in her ads to have worked for UNICEF and Obama.

Georgette Gomez worked for the San Diego Environmental Health Coalition before getting elected to San Diego City Council from one of its poorest districts. She has been Council president as well as its representative on newly reformed San Diego Association of Governments (SANDAG) which she leads. Gomez focusses on housing, public transportation, development and homelessness. Gomez decided to run for Congress when longtime Rep.Susan Davis suddenly announced her retirement late last year. What Gomez and Jacobs have in common are gender and political party, not equal qualifications.

Jacobs DID work for UNICEF and the UN, as well as the US State Dept. And she has a master's in international affairs from Columbia. That's an excellent background of education and experience, regardless of your rant.

You have been an outspoken fan of Ms. Jacobs since her first attempt to get elected to Congress from an entirely different district than this time around. Not a problem. To each, his own. But that doesn't transform facts into a "rant."

Apparently you don't know the meaning of rant. It fits perfectly with most of your postings.

"The two wealthy candidates are the only ones in any race to have arranged for airtime here, per FCC filings. "

I'm confused; who is the other wealthy candidate?

Someone in here is showing their age related cognitive difficulties.

So the only other candidate discussed here, Gomez, is also wealthy? This article never mentions that.

Bloomberg and Jacobs are wealthy. Did you read the article?

Oh, so Bloomberg is the other candidate. Thanks.

Swell, maybe you can get an editing job at the Reader. I can't argue with your point.

Quoting James Madison in The Federalist Papers, on running for the House of Representatives: "The door of this part of the federal government is open to merit of every description, whether native or adoptive, whether young or old, and without regard to poverty or wealth, or to any particular profession of religious faith."