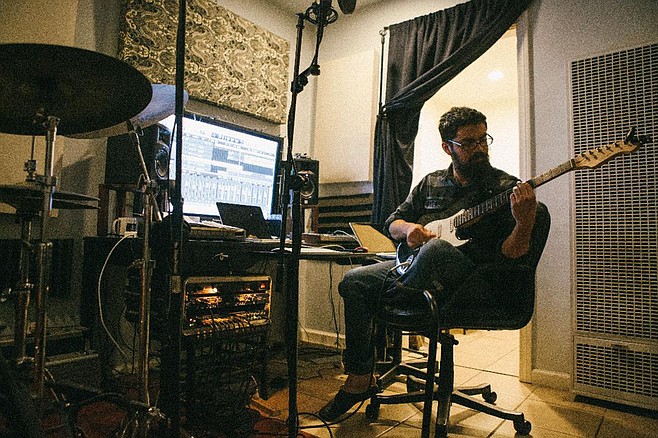 “It’s a little scary to be doing this,” confessed musician Fernando Gomez, speaking of his journey from jazz drummer to electronic-dance-music solo artist with a new single titled “Let It Happen.” “Because all of my peers in the music community know me as a drummer, so it’s probably pretty weird to imagine me as a pop vocalist, but this is something that I really feel is right for me.”

Gomez is pursuing this new career under the nom de plume of “Nondoh,” a pseudonym he adopted for practical reasons. “I had released some music on YouTube back in 2015, but it got lost because my name is very common. I did a lot of research and by changing the spelling I was able to reserve ‘Nondoh’ as a domain name, and I think that was a better long-term plan.”

Has Gomez given up his career as a jazz drummer (he’s played with Steph Johnson and Gilbert Castellanos, among others) to perform as a pop vocalist?

“I’m still doing the jazz stuff, and I’m still teaching, but I like this balance between those extremes and I want to keep doing both,” says Gomez. “I’ll probably always be working as a drummer playing jazz gigs, but I’m serious about pursuing pop/dance music as well.”

Everything on the new single emanates from “Nondoh” himself. “I play all the instruments on ‘Let It Happen.’ And I did all the engineering and production. The only thing I subbed out was the mastering.”

How long did he work on the new single?

“I’m trying to get faster, but this song probably took six months, because I like to make sure that I really resonate with all of the parts. I mean a lot of ideas might work, but I’m searching for ones that really mean something, so I’m always editing. Spending six months on one song is probably overdoing it though.”

And what is the meaning behind “Let It Happen?”

“The new song is about dealing with the changes in life that you can’t control,” says Gomez. “Sometimes you have to step back and let go. I wrote it about a friend of mine. We stopped talking about a year ago and I’m not sure if we’ll start again, but the song is all about accepting things the way they come.”