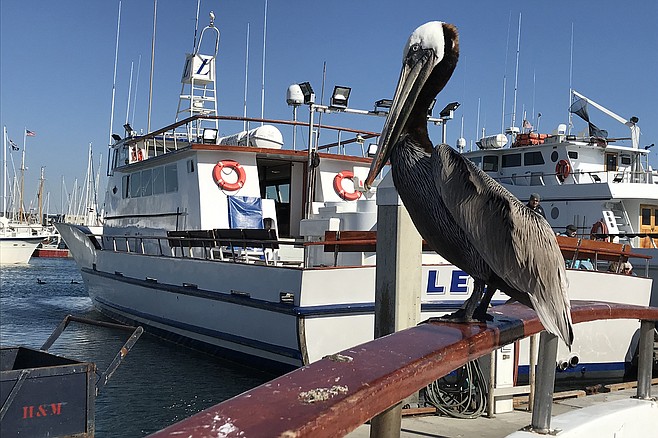 We call it “seeing Pink Floyd.”

Dominic the crewman throws the hawser aboard.

The Legend is outward bound, whale watching, 20 souls aboard.

Fifteen minutes, a coffee, and a blueberry muffin later, I am climbing up to the bridge, where Captain Patrick Dorety heads us towards the harbor mouth. He’s not a scientist, but he has been observing whale behavior, almost on a daily basis during the season, for 13 years. So you could say he knows California Gray whales as well as anybody.

“Between 150-300 whales come past San Diego every day, relentlessly, regardless of the weather, from young juveniles doing their first trip by themselves, to single males — sometimes even a mother with an early-born calf.” 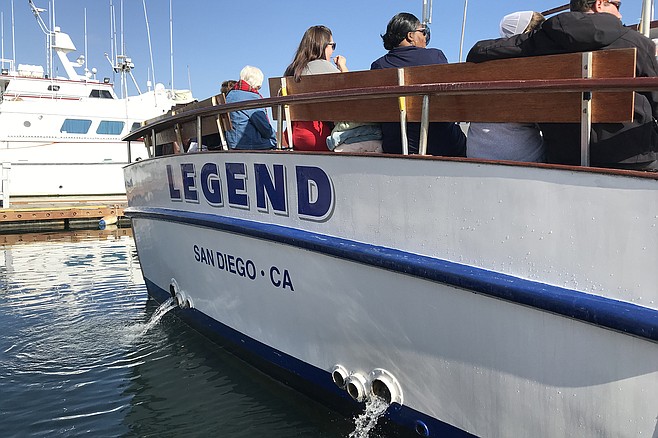 He has even gotten to know one or two of the regulars. “One is named ‘Scarback.’ I personally first saw her in 1989. She was the target of a Russian whaling ship back in the late 1970s. The harpoon hit her, but instead of killing her, it just took out a chunk of her back, and she escaped and survived. And they still see Scarback to this day, down at the lagoons. I’ve known at least seven times that she’s been seen with newborn calves.”

Does he ever see whales making love?

“We actually do. The majority of the matings will happen down in the lagoons. There’s usually three whales involved. One whale will basically work as a table, and the other two are on top, and they kind of roll over. There’s cooperation. It’s actually a pretty funny sight. We call it ‘seeing Pink Floyd.’ The males pop their [penises] on the surface — a little bigger than us! — about three or four feet. The female’s cooperating. They’ll be rolling around, they’ll both pop up, then they’ll both go at it again. It’s obviously fun.” 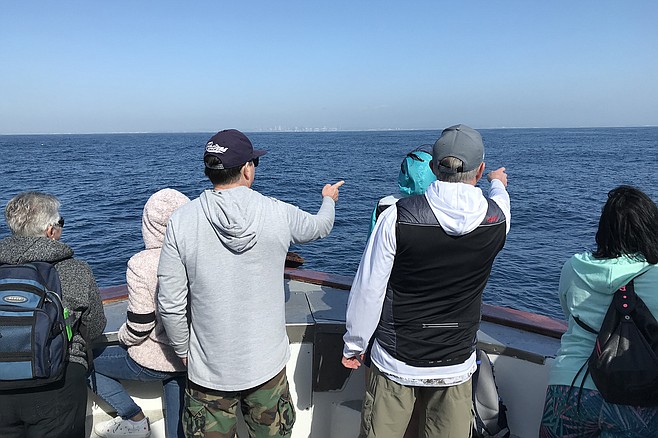 Passengers, certain they have spotted whale.

But now, beyond the shelter of Point Loma, it is the ocean that is rolling around.

“It’s short and steep seas out here,” radios the Adventure Hornblower’s captain, “and I’ve got too many old people on the boat, so I’m coming back in. It’s not safe for my crowd. We already had an old lady roll across the deck.”

Legend is a wider boat, so Patrick decides to carry on out. But he broadcasts to the passengers. “Stay seated and hold on at all times.”

We are finally rewarded with the sight of a mother and baby. The baby is giving mini spouts. Patrick cuts his engine.

“We have to be very careful here. Typically, the newborn will be extremely curious, and come to us to play. So we stay further back. Because usually the mother will come and push the newborn away. Or, rarely, the mother could start getting hostile with us.”

This meeting is short, but it seems strangely intimate, an emotional interruption before mother and child go back to their lives, and we go back to ours. 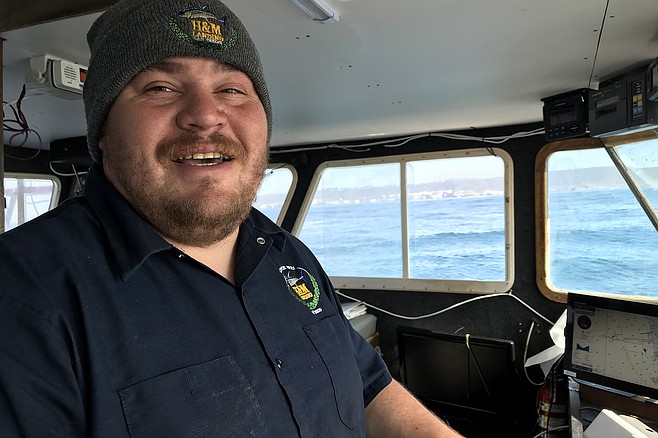 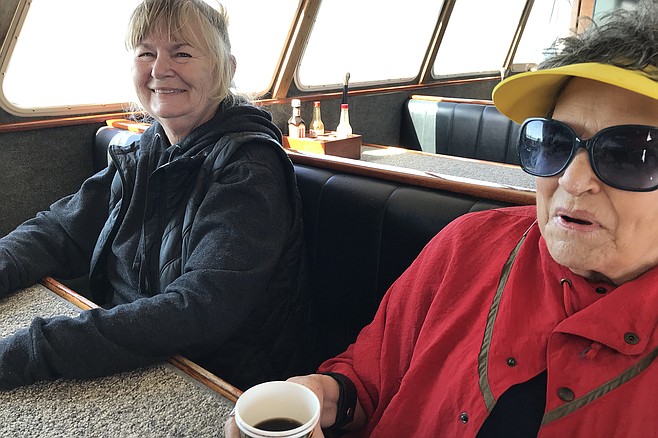 “Climate change: in the last ten years, two California Gray Whales have been spotted, in the Atlantic.”