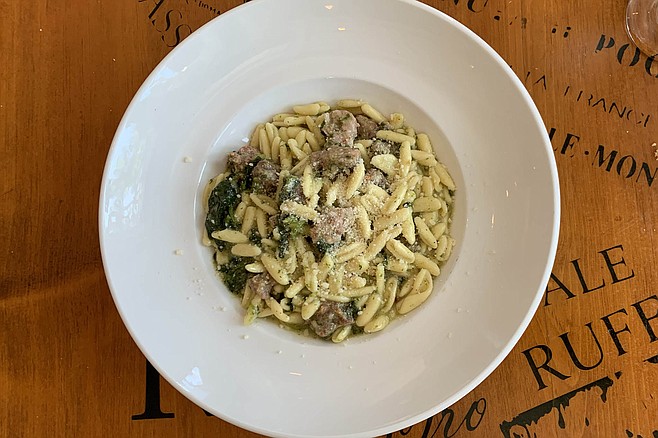 Neapolitan pizza is only part of the coastal town’s cuisine

We are Naples. That’s what the name means of San Diego’s latest Italian restaurant operated by people from Italy, means. Siamo Napoli recently picked up where Il Postino left off in a large North Park restaurant row space. If you’re looking for a way to distinguish this one from what has become many worthy Italian options around town, it would be that Napolitano identity.

I’ve never been to Naples, but if bread service there includes a dipping bowl of basil pesto, sign me up. That and the breezy elegance of the place made a good first impression, brightened by leafy hanging plants, a white and blue tiled bar (serving wines and apertivos), and the site of a wood burning pizza oven. I dove straight into a margherita pie (generous grating of parmesan optional), and relished munching on the simple yet effective ingredients and pliant Neapolitan crust ($11). It’s gotta be tough to go wrong with other pies at a few bucks more, highlighting such toppings artichoke, soppressata, shrimp, and the house sausage. 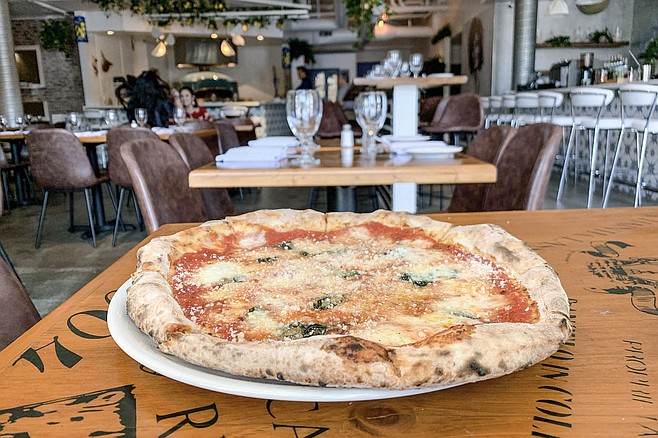 Margherita pizza in a Neapolitan restaurant

I always have to try the house sausage, but did so on the pasta menu, going for the capunti, thought to be the only example of this shape of shell pasta in town; though, as I mentioned, there is no shortage of quality Italian food in this city, so who knows? Here the soft little shells — shaped almost like tiny cannolis — are topped with fennel sausage, rapini, and chili flakes, with a light, buttery coating of sauce, and more generously added parmesan. I found it a little mild on the chili pepper front, but the fennel had a sort of sharp, peppery kick of its own that got my attention. 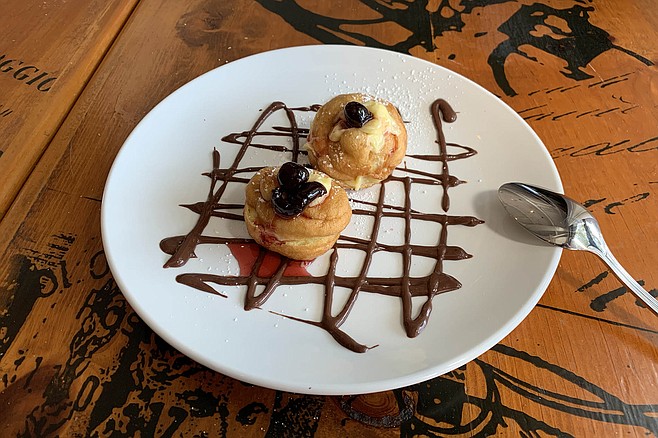 Siamo Napoli doesn’t have a humungous menu, but there seem to be plenty of compelling options in every section of it. In the case of pasta further highlights would seem to include eggplant parmesan ravioli ($18), lamb ragout over cabernet infused pappardelle ($21), and seafood risotto ($21). 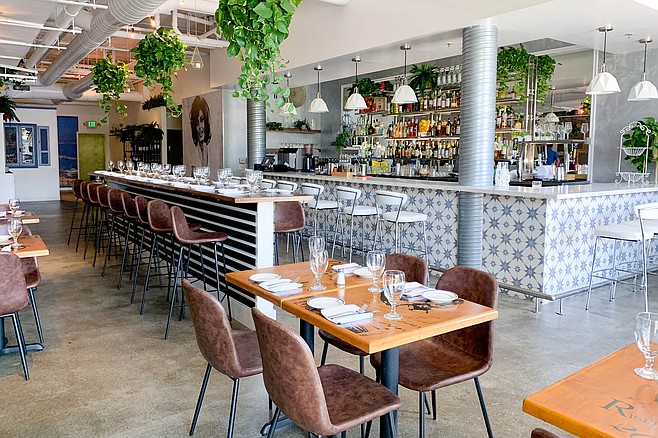 But my seafood craving leans decidedly branzino, so I returned for the Mediterranean bass, which came out fileted and sautéed (light, edible skin on but easy to remove if you wish) with fingerling potatoes, artichoke hearts, and olives in a pool of lemony oil ($27). Though lumped together on the plate, I didn’t get the feeling these were meant to eaten in the same bite. Perhaps if I knew Naples better, it wouldn’t seem so unusual a combination. Nevertheless, led by the moist, white flakes of branzino, I enjoyed nibbling through the oil-drenched fare. 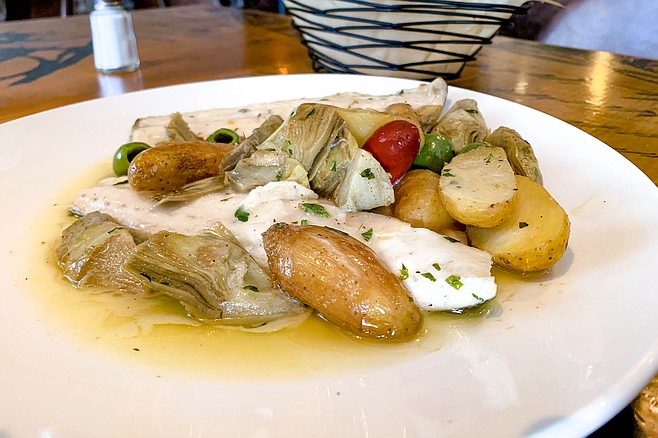 Branzino with olives, artichoke, and potatoes

What really cinched my newfound Naples interest was the zeppole, a donut-like pastry filled with custard and amarena cherries, served over a drizzle of hazelnut syrup. I didn’t expect to eat this; one of the owners sent it out to convince me Neapolitan desserts are worth considering. Not because he suspected I’m a food writer (I dine anonymously), but because just about everyone at Siamo Napoli is impossibly friendly, with the accents to prove they didn’t learn that sort of behavior here. Anyway, color me convinced. From now on, I leave room for dessert.