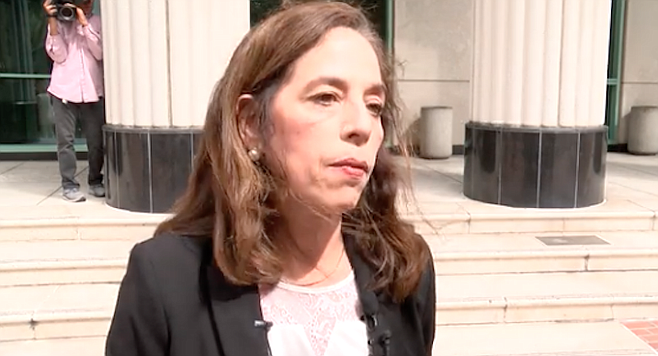 Will reparations make up for past pot busts?

Are reparations due to those most impacted by police busts back in the day when marijuana was illegal?

Such is the question pending before the Economic Development and Intergovernmental Relations Committee of San Diego's city council on November 14 when it reviews a Cannabis Equity Study by the Mid-City Community Action Network.

"The arrest rates of people of color for cannabis-related charges are multiple times greater than that of white San Diegans," says the report, which covers five years of cases extending from 2012 to 2017.

The study adds that "the impact of the criminalization of cannabis was also higher in certain areas of San Diego."

"Adult cannabis arrests occurred at a high frequency," the report says, "in Logan Heights, Barrio Logan and Mid-City, Sorrento Valley and over-policed areas in and near downtown.

And the complete history may prove to be even more dismal, says the document.

"While requested, data prior to 2012 was deemed unavailable by SANDAG and not provided," says the document. "As such this report may be limited in its ability to fully depict the disproportionate impact among people of color due to cannabis criminalization.

"Mid-City CAN is continuing to pursue data prior to 2012 and hypothesizes that data relevant to the period known as The War on Drugs will reveal more severe disparities that those found in this analysis."

Council Democrats Chris Ward and Monica Montgomery have investigated setting up a so-called Cannabis Equity Program, "to provide support and mentoring services for communities that may have suffered disproportionate levels of law enforcement of cannabis-related crimes," per an August memo by city attorney Mara Elliott.

In that document, Elliott threw cold water on making reparations using pre-determined yearly funding by the city's pot tax, authorized by voters when they approved Proposition N in November 2016.

Goals still on the table, according to a November 6 committee report, are "expungement relief," "increased access to capital for small cannabis-related businesses," along with "Community Violence reduction programs" and funding for "sound youth programs that provide a range of services for youth."

Elliott has been moving ahead on the expungement front, announcing September 25 she would drop more than 5,000 low-level past pot convictions.

Most of these people already got /are getting their reparations in the form of welfare.

umm thats ridiculous... Everyone can get welfare and more white people are on welfare than anyone. The police purposely went after blacks (whats new), filipinos and mexicans more than whites, those groups deserve to receive reparations.

Openly selling drugs on street corners will get you arrested. Sometimes you have to take responsibility for your own stupidity.

white people openly sale drugs on street corners too, the police decided to overlook them to arrest black, filipino and mexican dealers instead.

The police should take responsibility for that stupidity.