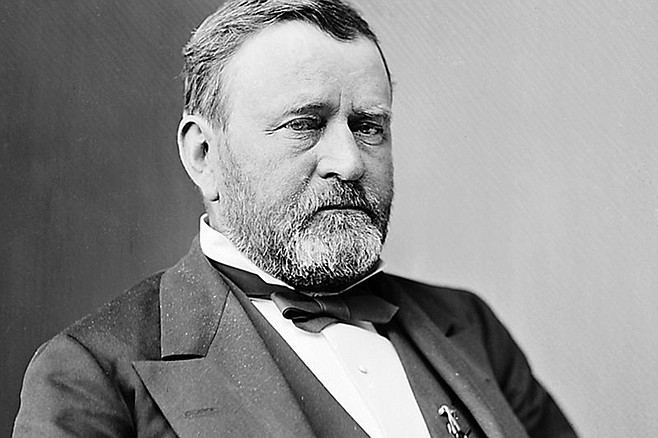 In St. Louis City and County, what afterwards became the Republican party was known as the Free-Soil Democracy, led by the Honorable Frank P. Blair. Most of my neighbors had known me as an officer of the army with Whig proclivities. They had been on the same side, and, on the death of their party, many had become Know-Nothings, or members of the American party. There was a lodge near my new home, and I was invited to join it. I accepted the invitation; was initiated; attended a meeting just one week later, and never went to another afterwards. I have no apologies to make for having been one week a member of the American party; for I still think native-born citizens of the United States should have as much protection, as many privileges in their native country, as those who voluntarily select it for a home. But all secret, oath-bound political parties are dangerous to any nation, no matter how pure or how patriotic the motives and principles which first bring them together. No political party can or ought to exist when one of its corner-stones is opposition to freedom of thought and to the right to worship God “according to the dictate of one’s own conscience,” or according to the creed of any religious denomination whatever. Nevertheless, if a sect sets up its laws as binding above the State laws, wherever the two come in conflict this claim must be resisted and suppressed at whatever cost.

– from Memoirs of U.S. Grant

Ulysses S. Grant (1822-1885) was the 18th president of the United States and commanding general of the U.S. Army during the Civil War under Abraham Lincoln. During the Reconstruction Era following the war, he led the effort among the “Radical Republicans” to eradicate Confederate nationalism, racism and slavery from the South. His religious upbringing was lax — he was not forced to attend church by his Methodist parents — and throughout his life he prayed privately and never joined a religious denomination.