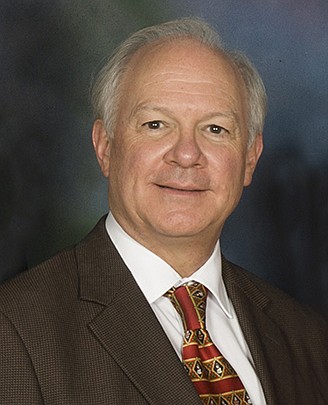 San Diego Reader: What is the mission of your church?

Pastor Jack Baca: Our motto is four words: Following Jesus for Life. By that, we think as Christians that the life, death, resurrection, words and example of Jesus have a unique message to give us, and Jesus is still teaching us that message. We try to introduce people to what it means to have a relationship with God through Jesus, which takes us into all sorts of things. We do mission work throughout the world — supporting churches, schools and orphanages in Africa. We also do a lot of work with the San Diego Rescue Mission and a group called Presbyterian Urban Ministry. We send groups into Mexico to build homes. I have personally traveled into Syria the last several years to work with churches and help people recover from the war that’s been happening there. That tangible expression of going out to help out a hurting world is part of what Jesus would have us do. We also work hard at helping people here to get through life — 1,100 people have a lot of things going on in their lives.

SDR: Where is the strangest place you found God?

PB: We’re blind to God — immune to him a lot of times. We do see him showing up in interesting places. In the last couple years, going to Lebanon and Syria, visiting communities messed up by war, I found God in the life of an 89-year-old nun who stayed in the middle of Homs, Syria, even though her whole neighborhood was taken over by rebels and insurgents. But she stayed there to look after the people in the senior citizen home she ran. God was there protecting her and keeping her there. I also met a young Muslim Syrian soldier who had his right leg blown off, and he was taken in by a Christian family because he couldn’t take care of himself, and had no one to look after him. This family cared for him and brought him back to health and life. I saw God was present in all that.

PB: We go into a state of being where we are fully and completely present with God. It’s not a physical place, but it’s a different realm of existence. I encourage people not to think too much about the particulars of it. We can say the streets are paved with gold and there are angels with harps — things that don’t mean much at the end of the day because God is in control of it. Wherever we go when we die, it’s a place where we are completely alive, healed, and renewed in the image God made us into from the beginning. …I think the possibility for hell exists, because there is that discussion in scripture. This gets into more esoteric theology, but if there is such a thing as being in God’s presence, then maybe God gives us the choice not to be in his presence. That’s what people do here and now — either accept God or reject God. Maybe God gives people that ultimate choice: “If you don’t want me ever, then I’ll respect your choice and give you that.” So that possibility has to exist. But I certainly don’t hope that anyone goes to hell forever.