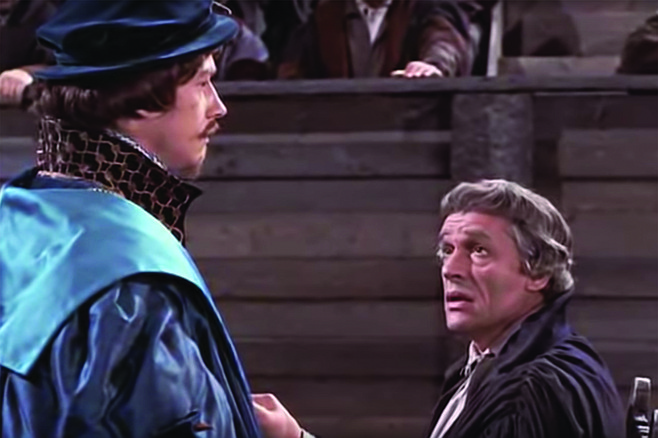 When word broke that the FBI had exposed a massive college-applications bribery operation being run out of Newport Beach, observers were quick to note a surprising presence amongst the prestigious universities into which parents had finagled their kids. “No one was shocked to hear that parents were greasing the skids to get their runts into USC, Stanford, Georgetown, and Yale,” says FBI Investigator Sam Sniffer. “Though we did think it a little on-the-nose that so many of these schools used tennis coaches to orchestrate their racketeering. But what really puzzled us was that this one guy, Flaxman — a big-time developer living in Beverly Hills — coughed up three-quarters of a million dollars to get his kids into the University of San Diego. I mean, the school has a 51% acceptance rate, while someplace like Stanford comes in at 5%.”

The mystery was resolved after FBI agents convinced the scheme’s mastermind, William Rick Singer, to start recording his conversations with the parents involved. In a call conducted on February 17, 2015, Singer can be heard congratulating Flaxman on his daughter’s acceptance to USD. “USD?” replies Flaxman. “What the f* is USD? University of Shattered Dreams? I paid for USC. Are you telling me…you better not be telling me…oh my God. You’re telling me…” The rest of the conversation is unprintable.

It could have been worse than USD. Flaxman's daughter might have been accepted at Ashford University, Thomas Jefferson School of Law, or DeVry University! ;-/

Poor old USD just don't get no respect. A long time ago and not-so-far-away, we used to say that all it took to get into a school with initials that aren't all that different from USD was a high school diploma and a check book. Oh, I know that USD has some excellent offerings and is a fine operation, but the notion of having to buy/bribe a student into that school is really ridiculous. All this points up the nonsensical aspects of this scandal, and the sums of money that people laid out to get their kids into a school that doesn't deserve the reputation or the tuition that it charges.