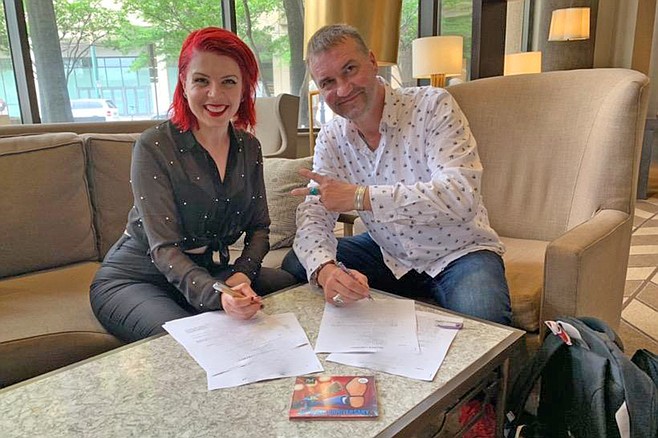 “There’s a much greater appreciation in Europe for the blues”

San Diego blues belter Whitney Shay had a definite vision in mind when she cut her last album, A Woman Rules the World. That vision turned out to be prescient. “I was very specific about that album, I went up to Greaseland Studios in San Jose to record it — it’s a studio of considerable renown in the blues world. I also hand-selected the personnel, which included Sax Gordon Beadle on saxophone, who I met in Brazil, and Jim Pugh on piano. Jim has played with Robert Cray and Etta James, and he liked the project enough to release it on his own label, Little Village Foundation. It’s a boutique, independent label — because it’s got great distribution, I was able to reach a wider audience than ever before. I’ve gotten positive reviews from France, the U.K. and Norway — basically all over the world, places I’ve never been. The response has been incredible.”

Shay’s been on a roll lately. She won both the Artist of the Year, and Best Blues Album, at the 2019 San Diego Music Awards. For the last few months, she’s been alluding to some “big news on Facebook,” and now she’s ready for the big reveal.

“I just signed a three-record deal with the German record label Ruf Records. They specialize in the blues, and they’re pretty well-known. It’s a real record deal, which hardly ever happens anymore. This feels amazing. You know there are a lot of empty promises in the music business, so I’ve been keeping it a secret until the contract was actually signed. I even had an attorney look it over before I signed it, and we met in Memphis last week to make it official!”

So why sign the contract in Memphis since the label comes out of Germany?

“I was nominated for an award by the Blues Foundation — that’s where they are — so the plan was to meet at and sign it at the Blues Music Awards.”

Shay and her songwriting partner Adam J. Eros are already hard at work on her Ruf Records Debut and planning on entering the studio in October.

I asked her what she hopes this new contract will lead to. “A big goal is to tour Europe,” Shay replied. “I’ll be performing my first festival in July. There’s a much greater appreciation in Europe for the blues, and my goal has always been to work.”

Why is the blues so popular outside of the United States?

“It’s all about catharsis — it’s a way of purging yourself.”