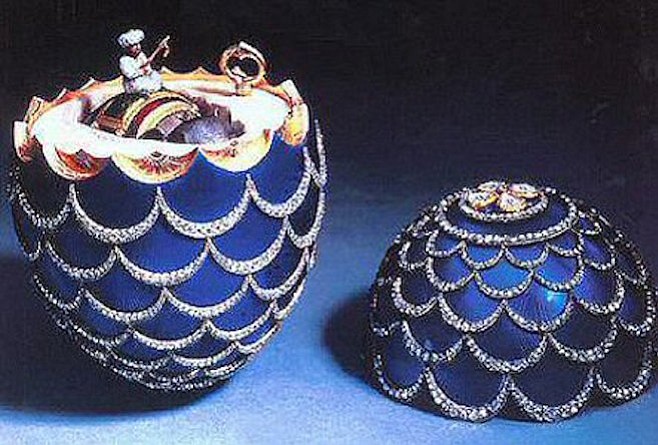 The following comes from a Reader story published on June 1, 1989.

It's ten minutes before one o'clock, Thursday afternoon. The crew of the Today show is in Seaport Village about to begin taping a two-hour program on which the hosts will pretend that it is actually 8:00 a.m. Friday in fabulous San Diego. Although the show is produced by the news division of NBC, nobody promises reality. A small navy of yachts, skippered by vibrant young men and women, is waiting to sail, on cue, past the cameras, simulating another beautiful day in paradise. The downtown skyline and the Marriott Hotel and Marina shimmer in the background as Bryant Gumbel and Jane Pauley and their respective entourages make separate entrances to polite applause from the audience, lucky (and grateful) beneficiaries of a ticket raffle held the week before by the local NBC affiliate.

As taping time nears, four prosperous-looking women attempt to follow Gumbel onto the set but are intercepted by an officious young production assistant and routed to some empty seats in the front row of the audience. "Who are they?" asks a curious man in the third row. "I think it's the mayor, O'Connor," says another. He is correct but fails to identify her companions, Union-Tribune publisher Helen Copley, burger heiress Joan Kroc, and actress Mercedes McCambridge. Suddenly, Today weatherstar Willard Scott bounds into the audience and begins shaking hands. "Willard! Over here! Willard! We love you!" Willard waves and says, "Fantastic! Fantastic!" several times before hustling onto the stage.

The matronly quartet in the front row does its best to ignore the overweight weatherman. "Shall we look at the egg?" Kroc asks Copley, signaling to a beefy plainclothes San Diego police officer carrying what appears to be a shoebox under his arm. "Bring it over here, Bill," she beckons, and he quickly obliges. Kroc pops open the lid and removes the bejeweled, cobalt-blue Fabergé egg that she has recently purchased at a European auction for $2.8 million. "That's beautiful," Copley observes. Bill and two other plainclothes officers eye the members of the crowd, especially those within egg-grabbing distance of Kroc's lap. (Later the mayor's office would confirm that Bill and the other officers were on duty with the police department, but nobody seems to know who authorized the special detail to transport and protect Kroc's egg.)

A woman comes down from the stage to brief O'Connor, Copley, and Kroc on their upcoming interview with Jane Pauley. "We'll introduce you as friends, but say that, of course, you don't always agree on issues such as growth," she adds. Then, only moments before the taping begins, Copley, O'Connor, Kroc, and the egg are escorted onto the set. The cops breathe easier as the expensive bauble is removed a comfortable distance from the leisurewear masses.

Thirty years ago, when Matt wrote this description, he must have been really amused. But he kept to the facts and described the routine ways those TV operations operated and still operate. Ah, celebrity. And so two very rich women (can I call them dowagers?) are shunted to the side while the on-air clowns do their things. At that time we were being told that Helen Copley and Joan Kroc were not only the two most powerful women in San Diego, they were the two most powerful people. Then there was the poor Irish girl, Mayor Maureen, who got to hob-nob with the two dowagers. Did that actually go to her head? Her hubby and soon late hubby was rich, and that helped with the campaign for mayor.

So, now, thirty years later, the Copley empire is no more. Helen passed it on to her son who sold it in pieces, generally a few years too late to really clean up. And about the time he had dismantled the empire and its heritage, he passed on with no family heirs. The name still is on a few things around town, such as Symphony Hall and the YMCA, but for all the political clout she supposedly had, there's little to show for it.

Joan Kroc was far better as a philanthropist than Helen ever was, and her name is also on various facilities that aim to assist the lower-income areas of the city. She also gave money to medical facilities. But that Kroc heritage is fading and fleeting.

Mo was, not so long ago, found to have mismanaged a charitable trust set up by her hubby Bob Peterson. Seems she was addicted to video poker and squandered her assets and then started to squander those of the trust. Anyone really remember that much of her time as mayor? I don't.

Matt refers to the Faberge egg and Joan showing it off. He mentions three plainclothes cops, one of whom is "Bill." Could Bill have been none other than Bill "Keystone" Kolender, the chief of police at the time? If it was Kolender, why would Matt have avoided mention of that? It wasn't so long until Bill resigned and went to work for Helen Copley. What would have been more natural than for him to show up when those powerful ladies were gathered and play big shot? He was always making plays for publicity and sucking up to the power structure. I really wonder about just who that "Bill" was.