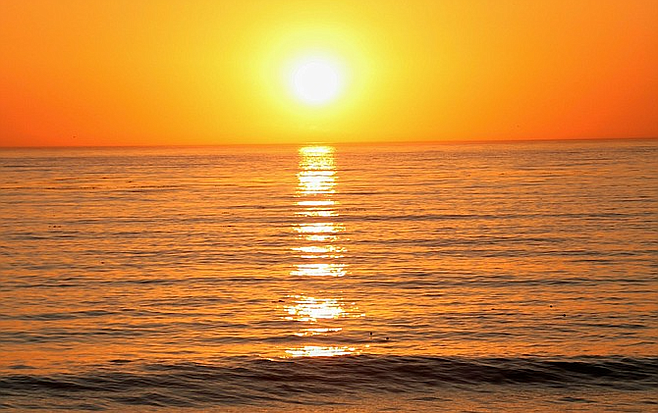 Discovery and serenity in Cambria, CA

The Central Coast town offers a rare atmosphere of tranquility and peace.

When I think of Cambria, I often think of my Grandpa Bristol – outfitted in a pair of brown waders – prying large red abalones from tidepool rocks. The Bristol home was close to the ocean, and grandpa and I would walk to the sea. Then, laden with abalones, we headed home.

Destination: the basement. It was there that I excelled at my “job”: pounding the abalone flesh with a wooden hammer. I would pound and pound, then grandpa pounded a bit more. After all that pounding we carted the abalones upstairs to grandma who was ready with her frying pan and a few pats of butter. There is a definite knack to cooking abalone, and grandma had it. 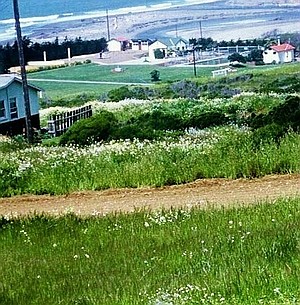 Cambria's Park Hill with Shamel Park in the distance. (1963)

Cambria, California, is a Central Coast town located on State Route 1. It was a small village in the sixties, when it was also called Cambria Pines, due to the many Monterey pine trees that clung to the hillsides. It had a homey feel where you knew your neighbors…and beyond. Even though Cambria has grown, it still possesses a small-town aura.

The surf in Cambria is intense, and waves bring many treasures tumbling to the shore. Shamel Park (formerly Cambria County Park) is where one can discover smooth wave-polished stones including jade, jasper and moonstone. Driftwood is plentiful. Shells are still found on occasion. However, the abalones that were so abundant in the past are not to be found. At least not by me. In the sixties and seventies, waves would bring iridescent abalone shells clattering to the beaches. 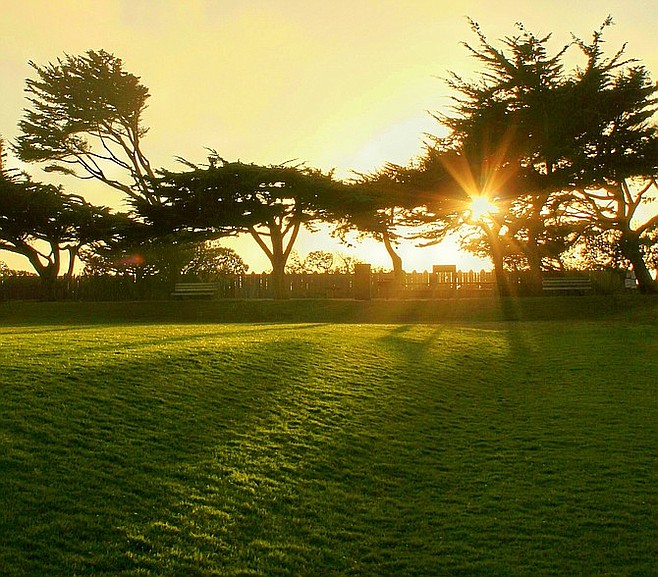 On March 27, 1964, a 9.2 magnitude earthquake shook Alaska, and the resulting tsunami rushed the beaches of Cambria. The wave hit at night, so we didn’t see it, but my father and I took a look at the beach wreckage the next morning. Strewn along the beach were logs, tires, twisted ropes, and long strands of kelp…a confusion of flotsam. Several logs were encrusted with barnacles and mussels. One large log – nearly the size of a telephone pole – looked like it had been dredged from the bottom of the sea. It was riddled with holes, some inhabited by wriggling worms.

Grandpa Bristol was a member of the Cambria Lions Club, an organization that hosts the annual Pinedorado celebration. Now in its 71st year, the early September celebration offers a car show, concession stands, and a parade.

The stunning 147-year-old Piedras Blancas Lighthouse Fresnel lens is located on Pinedorado grounds. Removed from the lighthouse in 1948, the historic lens is on loan to the Cambria Lions Club.

Cambria has some delightful restaurants. Many have come and gone – but one enduring establishment is the Sea Chest on Moonstone Beach Drive, across from the ocean. Oyster, salmon, and fresh local catches top the menu. (Credit cards are not accepted.) Indigo Moon and Robin’s Restaurant are inspired, newer establishments with aesthetically pleasing atmospheres and provocative, innovative dishes.

Downtown Cambria boasts several historic buildings and sites, including the Santa Rosa Creek Chapel and old cemetery on Bridge Street. Up the road a bit is the Hearst Castle, Piedras Blancas Lighthouse, elephant seals, and, if you look closely on San Simeon hills, even zebra.

When we were kids, my brother and I would hike the peaceful oak and pine-studded hills on Fiscalini Ranch property. Occasionally, we would see deer, but we always enjoyed the view from the cliffs above the sea. Once, one of the Fiscalini cows got through the fence and was wandering down the street. We told grandma, who immediately called the Fiscalinis to report the errant cow.

The Fiscalini property is now called the Fiscalini Ranch Preserve, and people can still enjoy the sweeping vistas from the bluffs above the sea. Hikers might see deer, otters, or a whale or two, but I know for sure they won’t run into any wandering cows.

I still remember watching sunsets from my grandparents’ home. The sky and sea would glow with a vibrant yellow-orange hue. The cadence of waves rushing to shore, and the scent of sea-tinged air, further elevated those golden moments. Thanks to the Blue Dolphin Inn, I can now enjoy similar experiences. Located on Moonstone Beach Drive, the hotel fronts the ocean. The briny sea air is a welcome, familiar scent. Out my window, Monterey pines – dripping with Spanish moss – harbor a variety of birds whose sweet songs are a comfort. The cadence of the ever-moving sea lulls me to sleep – an experience reminiscent of nights at my grandparents’ house.

Grandma moved to Los Angeles after grandpa passed away. That day – as a teenager – I wrote a note, placed it in a jar, and buried it in the garden. It may still be there. I can’t remember my exact words, but it went something like this: “I love Cambria and I vow to return someday.”

I have been true to that vow.

If I could write a dictionary definition of "serenity,” Cambria would help define it. Cambria is enrobed in a rare atmosphere of tranquility and peace. These days we could all use a dose of that.