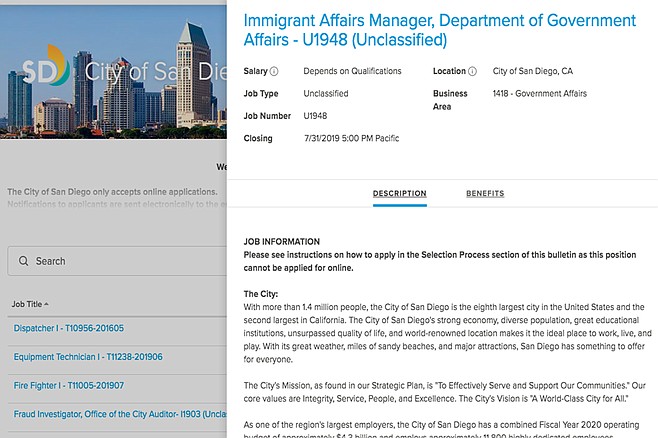 The revelation that top members of San Diego Mayor Kevin Faulconer’s official taxpayer-paid staff have been taking out-of-town trips to boost his quest for higher office hasn’t surprised city hall insiders, who point to yet another publicly-funded way the ambitious Republican hopes to garner state and national attention. “The city of San Diego is looking for an experienced professional with a background in immigration policy and program management to oversee the city’s immigrant and refugee integration work and create an infrastructure to better integrate San Diego’s rapidly growing immigrant community,” per a job notice posted July 17 on the city’s help-wanted website. “The Immigrant Affairs Manager will report directly to the Director of Government Affairs.” 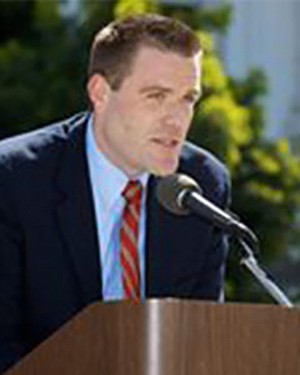 The city’s immigrant affairs manager will answer to Patrick Bouteller.

That spot is held by Patrick Bouteller, ex-capital director for then-Republican Assemblyman Nathan Fletcher and a former aide to GOP city councilman Mark Kersey. Bouteller reports, to hardcore political veteran Almis Udrys, ex-staffer for former North County Republican assemblyman Martin Garrick and rough-and-tumble GOP mayor Jerry Sanders. Faulconer, who has been walking a fine line on border issues — having a friendly meeting with Republican President Donald Trump in the White House one day, touting wide-open trade with Mexico the next — is said to want an in-house PR person to spin immigration issues favorably for state-wide political consumption. The city’s job ad calls for the new hire to “manage and implement the Welcoming San Diego Strategic Plan,” as well as to “develop education and cultural events to engage the receiving community and to highlight and promote San Diego as an international city.”

Last year Bouteller got $170,405 in total pay and benefits and Udrys received $220,645, according to data compiled by the website TransparentCalifornia.org. 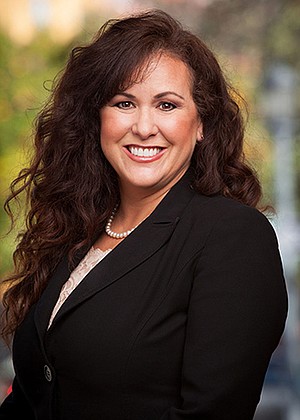 Lorena Gonzalez is smiling, because being a politician married to another politician means free Disneyland. The rest of us must pay almost $150 a ticket.

Lorena Gonzalez and her husband, county supervisor Nathan Fletcher, along with a flock of family members, took in the new Star Wars show at Disneyland, judging by her recent postings on Twitter. It was the Assembly Democrat’s first appearance in the Magic Kingdom since March 2, when she took to social media in a family portrait in front of the Disneyland train station to tweet “With all my boys at @Disneyland today! Not stopped by a little rain!”

It took until June 24, but the Walt Disney Company finally disclosed on a lobbying report covering its legislative influence activities during the year’s first quarter that the Gonzalez fun family excursion was picked up by the corporation with a $500 gift of park admission tickets. Other Sacramento officeholders on the receiving end of Disney’s ticket largesse during the reporting period were Secretary of State Alex Padilla ($344), as well as with three fellow Democrats, Assembly members Joaquin Arambula ($500); Eduardo Garcia ($500); and Susan Eggman ($358).

As the Union-Tribune continues to slip in circulation and influence, others are jostling for attention. “On July 19th, the latest news source in San Diego officially launched: San Diego News Desk,” announced the online venue. “The site will feature local news and events happening around San Diego County, while also covering state and national issues that impact San Diego. The subjects covered by San Diego News Desk include politics, economy, education, and military, with opinion pieces and press releases also being published.” 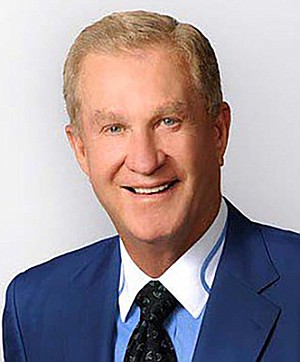 In an apparent allusion to developer Doug Manchester, who bought the U-T in 2011 before selling it to the Chicago-based Tribune Company four years later, the site goes on to say, “As a project of the Republican Party of San Diego County, San Diego News Desk seeks to fill the void left by other news outlets throughout the county. There appears to be a clear and consistent left-wing bias in not only the news that is selected to be covered, but also how that news is portrayed. While this phenomenon is certainly not exclusive to San Diego, it does indicate a need for the public to also receive news from a right-of-center perspective.”

Talk about the swamp! I really feel sorry for the saps that live in the City of San Diego.

AlexClarke, where the heck do YOU live? You have to admit -- well, maybe you don't -- there are many wonderful things about San Diego beyond our swampy politics. Ocean breezes in July, beaches in August and September, sunsets in December, celestial displays at night when the marine layer moves out, universities galore, countless theater and music opportunities.

"Vacuum filler"? More like birdcage liner. The "About Us" is a legal disclaimer:

Let's hope this embarrassingly public display of self-ass-kissing ends before any horses or children are frightened.