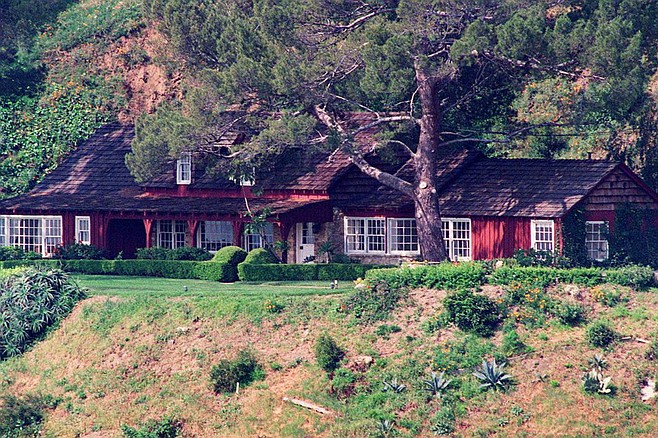 Author not related to Charles Manson

“I was there,” says James Rowles. He’s just seen the teaser for this week’s movie release, Once Upon a Time in Hollywood, called “Quentin Tarantino’s love letter to 1960s LA.” “It shows the address, the real address, where the Charles Manson murders happened, 50 years ago next week: 10050 Cielo Drive, in Beverly Hills.”

He’s talking about the slaughter of pregnant movie star Sharon Tate and four others, on August 8 and 9, 1969. 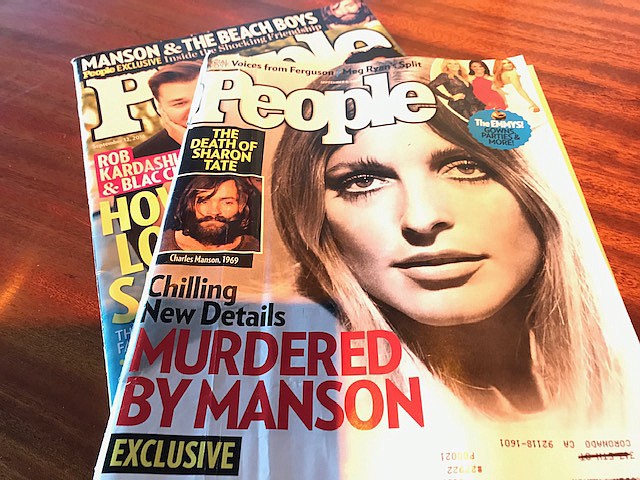 Rowles is today one of the pillars of the San Diego design community. But in 1969, he was fresh out of the Navy. “I took my six-month unemployment [separation] pay to become a ski bum in Sun Valley, Idaho. VW, Head skis, the whole package. So after a winter away, I get back to my apartment in Mission Beach, behind the Beachcomber Bar. I sit down in the kitchen. Pick up the paper. Headlines scream ‘Sharon Tate Murder.’ And right then, the wall phone rings. It’s Jane, my girlfriend at SDSU. She’s calling from Beverly Hills. ‘Jim, is that you? I know the man who owns the murder house.’” The man wanted to know if she knew anyone who could look after the place. She replied, “I can think of one: Jim Rowles.”

They offered Rowles $200 a week and $50 for groceries to go live in the murder house. “That was a lot, back then.” 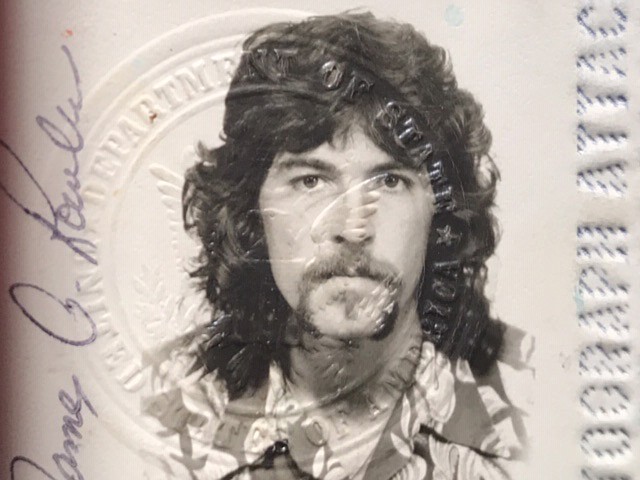 James Rowles at 27, about the time of the murders, passport shot

His job was to not let anybody in, while the owner, Hollywood talent manager Rudolph Altobelli, figured out how to protect his investment.

“Above all, he didn’t want the house to become a freak show,” says Rowles. “That first night, alone, was a little freaky. Roman Polanski, Sharon Tate’s husband, had had his studio come in to clean up the blood spatters, and remove the message ‘Pig’ smeared in Sharon’s blood on the front door. But there were still blood spots all around. Hollywood was terrified. Nobody knew who had done this, and who they were targeting. I slept in Sharon’s bedroom.”

During the days, over the next three months, he faced a barrage of lookiloos, police, helicopters, movie people, and reporters. “One time I heard the gate being breached. There was a knock on the door. A gal and a photographer. She had a wad of cash. “‘I’m from Oui Magazine,’ she said. ‘This is $5000 cash for you, for 15 minutes.’” 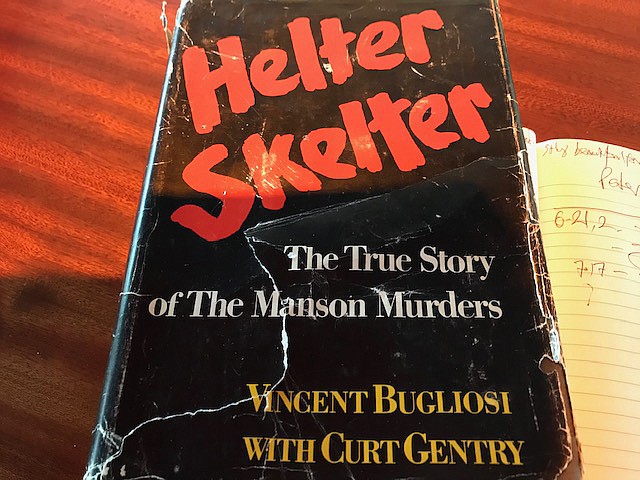 Rowles sent them packing. Then Roman Polanski himself turned up on the day of the funeral, with Life Magazine in tow. “Reportedly they paid him $25, $35,000, and they took the only picture ever published of the living room where the murders had happened. It was Life’s cover shot.”

Psychic Peter Hurkos was with the Life Magazine team. He intuited that the killings erupted during a black magic ritual.

Black magic? “No way,” Melcher told him. “Charlie Manson was trying to kill me, because I had rejected his audition. He wanted to be a recording star.”

(This story’s author is not, repeat not, related to Charles Manson).