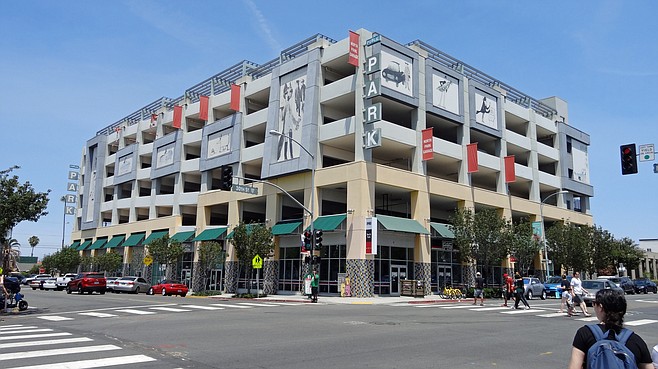 North Park garage art delayed – but on its way

The art competition launched last year to add new murals to the North Park parking garage had a stated installation of Fall 2018. Obviously that did not happen. The fading original artworks by artist Blair Thornley remain in place at the garage structure, just off University Avenue at 29th Street.

The plan was to have “up to 15 new works of art by one to four artists. It is intended that the artwork will not be permanent but remain on the facade of the building for several years.” It further stated: “Committee may ask artists to collaborate or revise their concepts to create a cohesive look for the final project that also fits the culture of the community.” 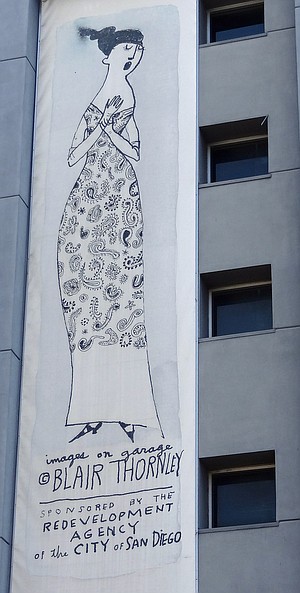 Responding to questions about the delay, North Park Main Street's executive director Angela Landsberg responded: “The project was delayed because the selection process took longer than expected. The winners will not be awarded the contracts until they have been approved by the board of the San Diego Commission for Arts and Culture. Their timeline is out of our control,” Landsberg said, “but [North Park Main Street] will report on the item once it is voted on by the Commission.”

I contacted the San Diego Commission for Arts and Culture directly with questions. Answers came from Racquel Vasquez of the city’s communications department.

The arts commission got involved because the city owns the parking garage. “Per the San Diego Municipal Code, the Executive Director of the Commission for Arts and Culture makes decisions related to artworks proposed for placement on City property,” said Vasquez.

The delay was because the commission didn’t receive the application from North Park Main Street until November 2018. By then, the installation was originally slated to take place.

San Diego-based artists Kris Moore and Don Masse were identified by the commission as the winning artists to create the 16 vinyl banners that will digitally reproduce their original artworks. “The Applicant [North Park Main Street] will be responsible for all costs,” Vasquez said.

ACE Parking, operator of the garage, is a partner. It has a separate budget “to fund the engineering, printing, transport, installation, site preparation, lighting, insurance and other costs for getting the artwork displayed on the parking garage.”

The arts commission voted unanimously on January 25 to recommend that the commission’s executive director approve the art exhibit. “The Applicant is proposing a five-year exhibition period beginning March 2019 through March 2024,” Vasquez stated.

I retired from the READER sometime back. But I still comment on occasion. I took a pic of the North Park Parking Garage today, as I saw a crane installing panels. I was shocked that NPMS was finally able to get their mismanaged art project back on track, after an extremely long delay. 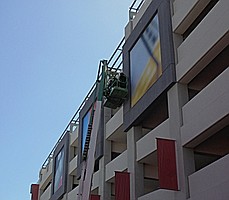