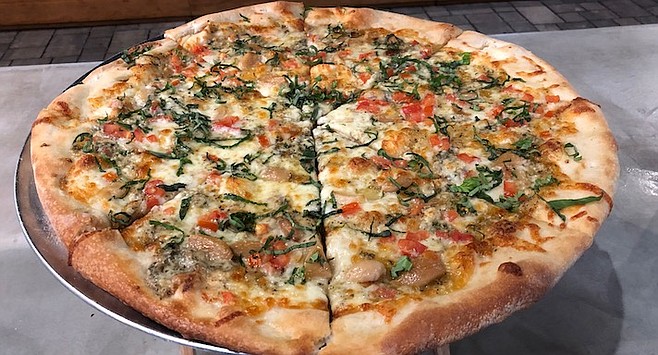 A pizza my heart

I’m in a mixed marriage — my wife is a vegetarian and I eat meat.

Usually, we are able to deal with our differences, but the one time when it does come up is when we get pizza. My wife doesn’t eat pepperoni or sausage and I love meat on my pies.

The end result usually means we order two pies — which is too much food sometimes — or get a half-veggie pizza, which can be unsatisfying if I’m still hungry after eating my half of the pie. 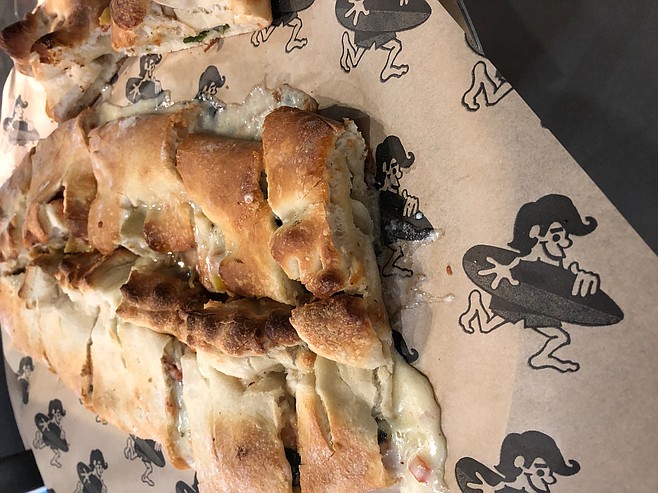 The Veggie Stromboli is stuffed with spinach, Roma tomatoes, artichoke hearts and cheese with tomato sauce on the side.

So for us, the holy grail of pizza would be a vegetarian pizza that I’d crave without feeling like I’m missing something.

Looks like my dreams came true, thanks to Surf Rider Pizza, a local chain with locations in Mission Beach, Ocean Beach, Crown Point and, now, on the revitalized restaurant row that is now La Mesa Boulevard in La Mesa. 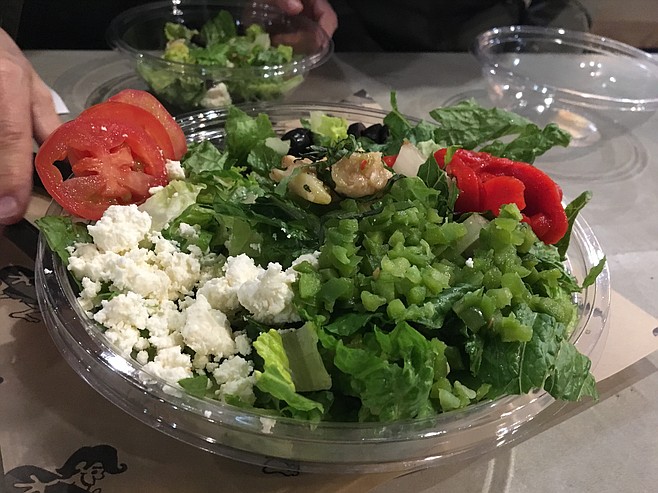 The Surf Rider side salad

It’s tangy, thanks to the cheese, but I didn’t miss the meat in any of my bites. The garlic was properly proportioned, but we’ve had no vampires at the house after dining, so take that for what it’s worth.

It’s been a few weeks since I’ve had that pizza but I can remember each bite as if it was yesterday, and we’re planning visits to the La Mesa location, which is airy and open (but probably more fun in summer than what we call winter here in town). 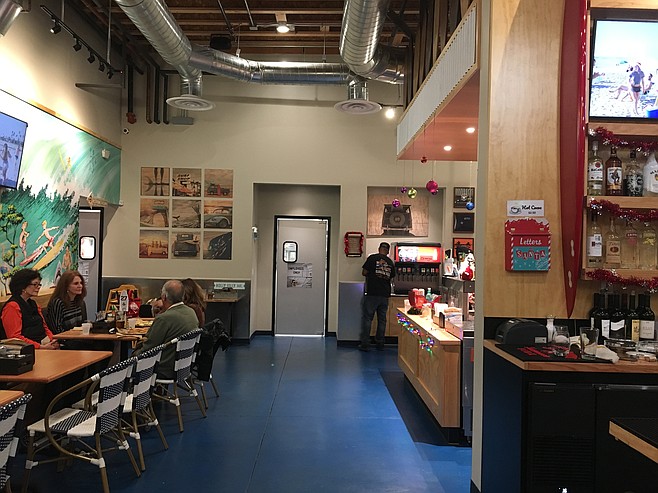 The interior of the Surf Rider Pizza in La Mesa.

The signature pie is worth a visit on its own, but we decided to try the Veggie Stromboli ($18), a sort-of calzone stuffed with spinach, Roma tomatoes, artichoke hearts, and cheese with tomato sauce on the side.

It was OK at the restaurant, but a little soggy on the bottom thanks to the water in the veggies. It tasted good, though, but here’s the funny thing: I took leftovers from both the Surf Rider Pizza and the Veggie Stromboli home and ate them for lunch the next day.

The strong flavor of the gorgonzola on the pizza was a little overpowering the next day while the stromboli tasted perfect. Interesting.

We had a few other items: the Surf Side Salad ($4.95) had fresh ingredients, but it is stuffed so much into its plastic container that it’s hard to get the food out and on the plate with the one or two plastic forks supplied.

On another visit, I split a cheesesteak ($11.50) with a friend and was impressed with how the cheese was blended with the steak rather than just dumped on top like a condiment.