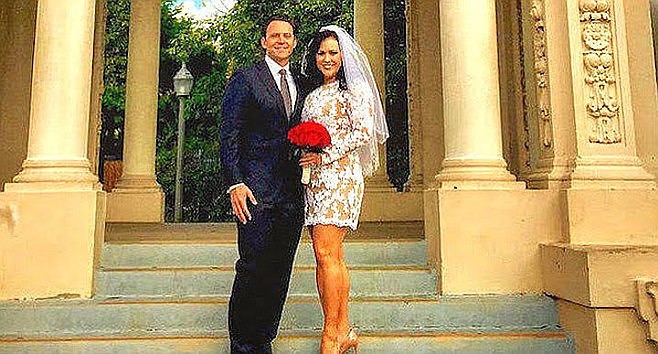 The Trump and Bezos connections

When state Assembly Democrat Lorena Gonzalez deployed a firehose of cash from her re-election campaign committee to jumpstart husband Nathan Fletcher's bid for a seat on the county board of supervisors last year, questions regarding the money's origin emerged. 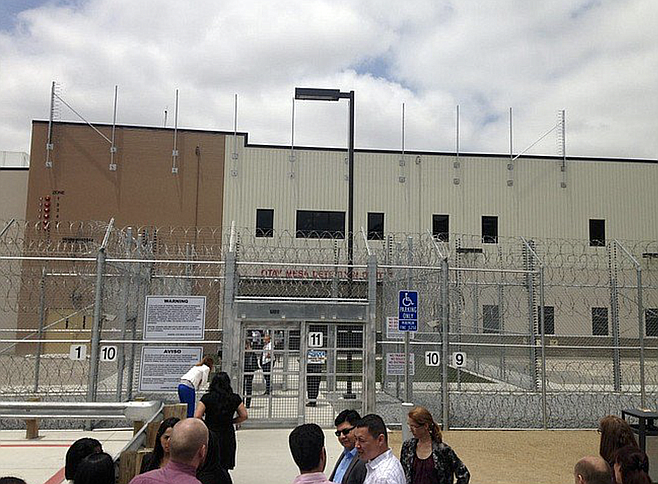 CoreCivic came under fire from the Southern Poverty Law Center.

Among the raft of corporate donors to the Gonzalez fund, records showed, was Chevron Oil, with $4400, along with Sempra Energy, which handed over $6400. A separate Gonzalez-led ballot measure fund had taken $5000 each from Sempra and Pacific Gas & Electric in 2017.

Most controversial of all was the contribution of $1000 on January 11 made by Otay Mesa private prison operator CoreCivic of Tennessee LLC. Formerly known as the Corrections Corporation of America, CoreCivic gave Gonzalez another $1000 on April 13, for a $2000 total, per disclosure reports. 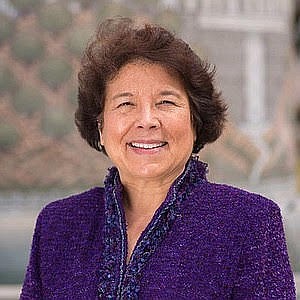 "Tell the San Diego County Democratic Party to condemn private for-profit prisons that take children away from their families in San Diego and punish inmates who refuse to work for $1.50/hour," said an online petition drive launched by Saldana, calling on Gonzalez and the Democrats "to return all CoreCivic contributions and refuse future contributions."

That April, CoreCivic came under fire from the Southern Poverty Law Center, which asserted the company was " placing profits above people by forcing detained immigrants to perform manual labor for next to nothing, saving millions of dollars that would otherwise provide jobs and stimulate the local economy."

The controversy set off a rush by Democrats to turn over their previously collected private prison money to charity. Gonzalez, as well as fellow Assembly Democrat Todd Gloria, and state senator Toni Atkins, announced they had disgorged the funds from their reelection accounts.

"Senate Leader Atkins never personally solicited these contributions nor have those contributions ever in any way affected her votes or her values," said an Atkins campaign statement.

In December, Gonzalez's chief of staff Evan McLaughlin told Courthouse News Service that the assemblywoman's campaign had given her CoreCivic cash to "legal service providers that serve the vulnerable populations that are harmed by the private prison industry.”

Now Gonzalez-Fletcher has signed on as a co-sponsor of Assembly Bill 33, a measure to force state retirement funds to divest themselves of private prison holdings. "This bill would prohibit the boards of the Public Employees’ Retirement System and the State Teachers’ Retirement System from making new investments or renewing existing investments of public employee retirement funds in a private prison company," says the California Legislative Counsel's digest.

The ranks of recent donors to Gonzalez, who is now running for California Secretary of State, include William Morris Endeavor talent agency and Ultimate Fighting Championship honcho Ari Emanuel, who kicked in $4400 on November 1, as did UFC promoter Zuffa, LLC and Emanuel's William Morris associate Patrick Whitesell.

Whitesell is the estranged husband of Lauren Sanchez, whose romantic relationship with Jeff Bezos is currently at the center of the Amazon billionaire's battle with the National Enquirer over the publication's alleged blackmail attempt.

The brother of Chicago Mayor Rahm Emanuel, Ari Emanuel once represented Donald Trump, per a November 2016 report by ABC News.

"In June, Trump told The Hollywood Reporter that Emanuel, whom he called 'a very good friend of mine,' offered to helm a movie about the GOP candidate for the Republican National Convention. 'He calls me a lot. I call him a lot, and we talk. He's very political. Even though he's not political, he's political. He gets it. You're shocked to hear that [about the film], right?' Trump said. 'But yeah, I might do something with Ari.'"

Gonzalez-Fletcher and the NRA Fletcher created a whole new form of political corruption with Trump financiers in order to pour a million dollars through a complicit local Democratic Party and run a corrupt, thuggish, Trumpishly dishonest, scorched-earth, gaslighting campaign of personal destruction against a genuinely Democratic and relentlessly honest woman candidate who has given many years of voluntary service to people in San Diego. Of course, they never apologize and give elections back. Gonzalez-Fletcher has even made conflicting claims about what she did with the Core-Civic money in an apparent effort to avoid upsetting her team-Trump supporters in Sacramento. This act come so many months after the fact of immigrant children being separated from their families and caged by Gonzalez-Fletcher's financiers, that it has no possible meaning other than that Gonzalez-Fletcher has had enough time to work out this arrangement with the approval of Core-Civic. Gonzalez-Fletcher, you see, wants to take her special talents to higher office. Gonzalez-Fletcher wants to be elevated to Secretary of State. Yes, that means she would be responsible for protecting Californians from, take a moment to consider this scenario, political corruption. The important thing about this too-little-too-late PR event is that it costs a lot of money to run for Secretary of State. Part of the order of making those arrangements for herself will be to avoid alienating her loyal right-wing, team-Trump contributors, upon which her political ambitions depend, while making at least a public show of washing her hands of one of her team-Trump financiers so as to provide some political cover for her complicit Democratic Party supporters. In a year when Democrats will be faced with a choice between genuine people-powered Democrats like Alexandria Ocasio-Cortez and deceptive Democrats who make their careers on right-wing money and spinning Democratic voters, the increasing pressure on the deceptive Democrats may cause some of them to snap. The new local Democratic Party leadership will also be forced to choose which side they are on. With the actual Trump circling the drain, it is an opportune moment for Democrats to clean their own house.

There's a lot of maggots in Gonzalez-Fletcher's house.

There's only one political party in San Diego: the Wealthy. And they own most everyone, Democrat or Republican, of every race, gender, ethnicity or orientation. Sooner rather than later; too rarely never at all.

Follow the money and you will find who owns and operates the politician.

Gonzales like her husband will do anything to be elected to any office so the can suck off the taxpayers. Our liberal elected clowns want to tax the workers to death so they can give the money to non working people to get their votes.. We need to stop this thinking and start taking care of the taxpayers.

"Ari Gold" on the TV series "Entourage" is based on super-agent Ari Emanuel.(brother of Chicago Mayor Rahm Emanuel).

Emanual once repped the trumpster fire. Anything for money, I guess.

That was already mentioned in the article, at the end.

Funny, I don't see anything at the end of the article about his doing anything for money.

If we didn't know before, this story is proof that money is destroying political candidates and their parties. Lorena Gonzalez is taking money from Core Civic -- the same folks who lock up undocumented immigrants down on Otay Mesa -- in order to give it to the County Democratic Party to help elect her usurper new Dem husband to the board of supervisors. It is incredibly sad.

Core Civic is everything that is wrong with private/public partnerships. Core Civic is the WalMart of prisons. The pay low wages and poor benefits. The people they hire are the ones that can't qualify for jobs at a state/federal prison.

Here's a thought: Why did Todd Gloria accept money from CoreCivic in the first place?