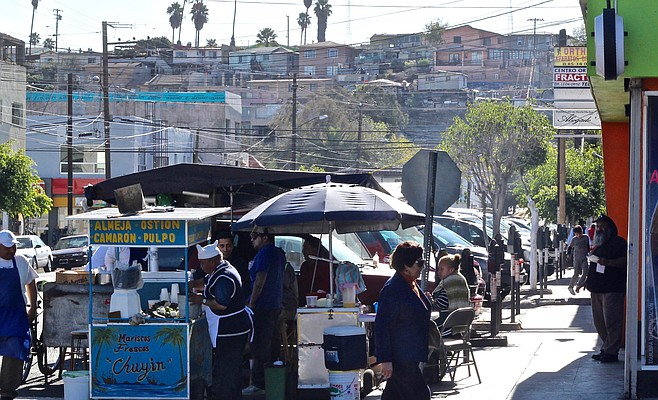 On December 16, Mexican news outlets reported of a soon to be increase in minimum wage throughout Mexico.

The National Commission of Minimum Wages (Conasami) created a new Economic Wage Zone for municipalities located within 25 kilometers south of the Mexico/U.S. border where at the beginning of 2020, the border salary will be increased by 5 percent to 185.56 pesos ($9.79 USD) per day; the rest of the country’s minimum wage will increase 20 percent: from 102.68 pesos to 123.22 pesos ($6.50 USD), per day. 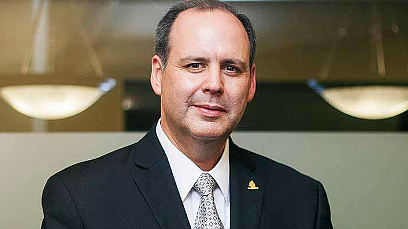 Gustavo de Hoyos Walther: "The most important increase in real terms registered since 1988"

Luisa María Alcalde, the secretary of Labor and Social Welfare of Mexico, reportedly said that this increase is the largest in the last 44 years, and this reduces the salary gap between men and women by almost 3 percent.

“There are countless positions here that have minimum wages registered within the [Mexican Institute of Social Security],” said Yolanda C. in response to the holiday news, “these people are drivers, gas station employees, cleaning company staff, and many more than you can imagine.”

“The minimum wage in this area is only a reference or a starting point that limits entrepreneurs to not pay less than this,” said A. Ramirez, “but realistically, in Ensenada, many workers earn 1500-2000 pesos per week working overtime to meet their minimum needs. The salary should be enough to eat, dress, educate and recreate the family according to the constitution, but in my opinion, it is still not enough.”

I spoke to Ramirez, a small business owner, the day before Christmas. He travels back and forth to the U.S. to visit his relatives on the holidays.

“Calculate that in dollars and you will see the difference when crossing to the United States,” he said.

“Let’s be objective,” argues Yolanda, “for more than 40 years, the increases were 4-5 percent maximum, and 20 percent is still insufficient — yes — but steps are being taken and fixing issues like this is not easy.”

The president of the Mexican Employers Confederation (Coparmex), Gustavo de Hoyos Walther, reportedly said that this is good news for the country, businessmen and workers, as it represents “the most important increase in real terms registered since 1988, since it exceeds 19 percent of the wellness line.”

The news was shared hundreds of times on the social media apps as Aguinaldo neared.

By Christmas, the comments piled underneath the shared news reports.

“For many people who earn minimum wage,” Juan Salazar said on Facebook, “it would be approximately 120 pesos ($6.30 USD) extra in their weekly pay, and believe me, for them, that’s a lot.”

“And because inflation has not risen, so this is a real increase,” Marcos D. responded, “not like in previous years where our salaries increased 10 percent and inflation 30 percent.”

Like every new year... tacos are 2-4 pesos more expensive everywhere...

Mexico is what Republicans want the US to become a mecca of poverty, low wage no/low benefit jobs and cardboard slums.

If you have a low wage, no/low benefit job - you have no one to blame but yourself. Some of us believe in personal responsibility, and we don't expect handouts or employers to compensate no/low skilled workers with compensation and benefits they haven't earned. If you're unskilled, you don't deserve high wages and excellent benefits.

There is no such thing as a no/low skilled job. If you think that someone who is a janitor or hotel maid or fast food worker has no skills or their skills are low then try doing their job. Of course some skills demand higher wages but those who work in the lower wage jobs need employer paid benefits (healthcare & pension) more than those in higher paid jobs. In reality the service sector employers are relying on the taxpayer to subsidize their profits by providing welfare benefits to their employees. Visduh is correct that many people from across the border work in the service sector because the "low" pay is greater than what they could earn in Mexico. Low wage no/low benefit employers are investing in future poverty.

If you really think that a telemarketer that is calling to SCAM you is a "skilled worker" you're delusional. There are a lot of low/unskilled jobs. I worked fast food in high school, and it required low skills. How hard is it to put burgers and fries in a bag? I also worked retail, and was trained for 5-10 minutes how to operate the register. From then on I was on my own. Get real.

If you want good money - earn it. We're paid what we're worth.

The jobs you describe you would not be able to do today.

Anyone can easily do unskilled jobs like fast food and retail. Those jobs are easier today then they were years ago. Back in the day they didn't have scanners in retail or debit/credit card machines. You had do the money yourself.

There are unskilled, semi-skilled, skilled and highly skilled jobs. Are you really that clueless?

If anyone who lives in this county didn't know it, there is a reason for all the illegal border crossing. The minimum wage in the city of SD is now $13 an hour, and the minimum wage in TJ is less than $10 a DAY. Sure, costs are lower generally in TJ, but not for everything, and food can be more expensive there. For a TJ resident, or for any Mexican resident, there's far better pay just a short distance away in the US. That's why they keep coming.

And they send a lot of their pay to family south of the border.

This is very small. Take for example the USA. On January 1 or so, the minimum wage will increase in 21 states, while another 26 cities and counties will also increase base wages at the beginning of the year. Later this year, another 4 states and 23 cities and counties will increase their minimum wages, according to the National Draft Employment Act, a group of workers' rights. In Mexico, you earn less per day than in the USA per hour. It’s so good that Mexico has the opportunity to make money online(https://rocketpayz.com/casino-no-deposit-bonus-codes/no-cash-deposit-casino-bonus/).