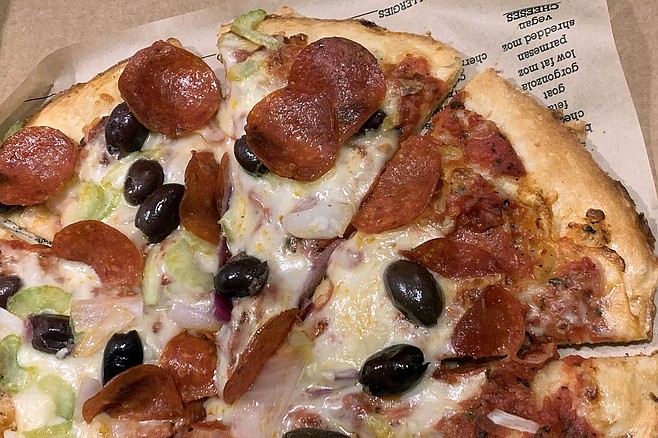 What to make of MAKE pizza+salad

The unexplored overlap of salad and pizza toppings

I don’t know exactly what to make of the name Make Pizza + Salad. Is it pronounced, “make pizza plus salad,” or, “make pizza and salad?” That’s before I even notice the East Village business plays around with conventional capitalization and spacing when it refers to itself: MAKE pizza+salad. I don’t think it’s supposed to be called “Em Ay Kay Ee pizzaplussalad,” but I’ve been wrong before. Maybe I’m supposed to shout the word Make, and whisper the rest?

I’ll give the place this much credit: I definitely know what it makes.

Using the cafeteria-counter assembly line we've seen everywhere from Chipotle restaurants to any number of poke bowl shops, Make lets you personalize your meal of choice, making it as you browse ingredients. 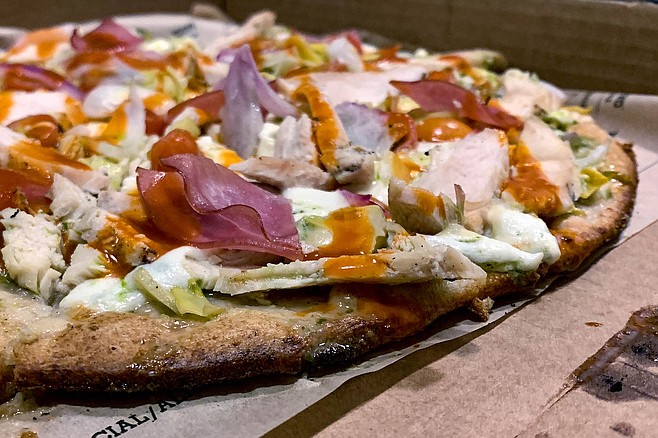 There’s basically a salad bar on the other side of the glass, and rather than serve yourself, for $11 the staffer on the other side takes a metal bowl and fills it with whichever items you point out: baby spinach, cucumber, chickpeas, cherry tomatoes, diced artichoke hearts, and don’t forget the croutons. There’s a variety of salad dressings, of course (I can recommend the chipotle ranch). And for two bucks more you may add a protein, ranging from chicken to chorizo, tuna salad, and pepperoni. 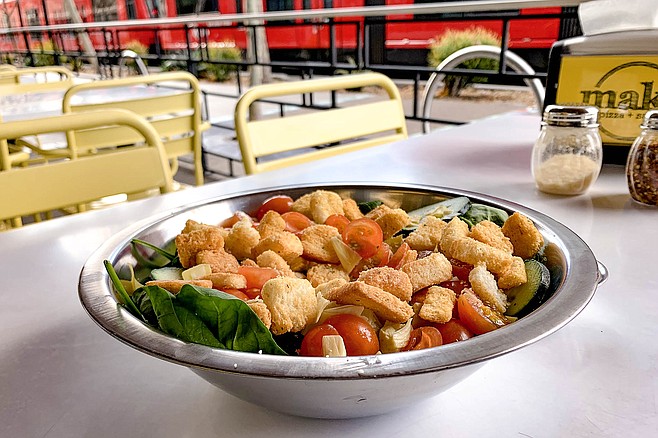 That’s kind of the funny thing about this place, is many of the salad items pull double duty as pizza toppings, and vice versa. In fact, for the same $11, you can get as many toppings as you like, including the proteins. Which is why, as I assemble a pie topped with peperoni, kalamata olives, and red onions, I add sliced celery. It’s not often you get to put celery on pizza, after all, and I find the vegetable underrated. Sure enough, it made a better than you might imagine pizza topping. Technically, they’d let you use that tuna salad as a pizza topping, but that’s not an experiment I’ve been willing to attempt. 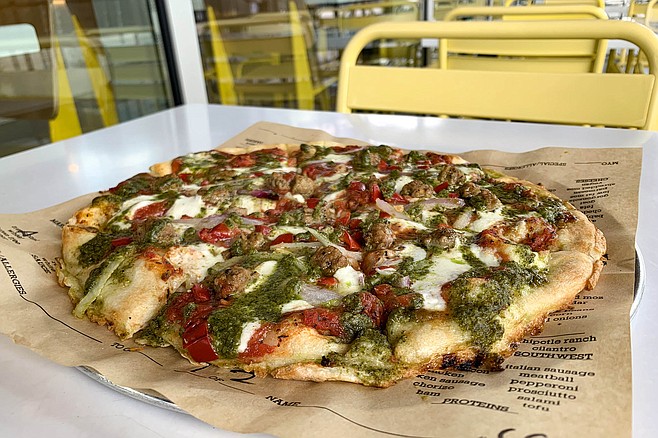 Chicken sausage and roasted red peppers on tomato sauce base with fresh mozzarella and pesto drizzle.

Each pizza measures about 10 to 11 inches in diameter — plenty enough for one, sharable for two if you’re light eaters. They’re thin crust, baked in under ten minutes in a large, yellow, gas-flame over behind the counter. There’s the option for gluten-free crust, as well as a wheat crust. I tried that one on another custom pie: basil pesto rather than tomato sauce, topped by chicken, onions, tomatoes, feta cheese, and Canadian bacon, with a drizzle of buffalo sauce over the whole thing. 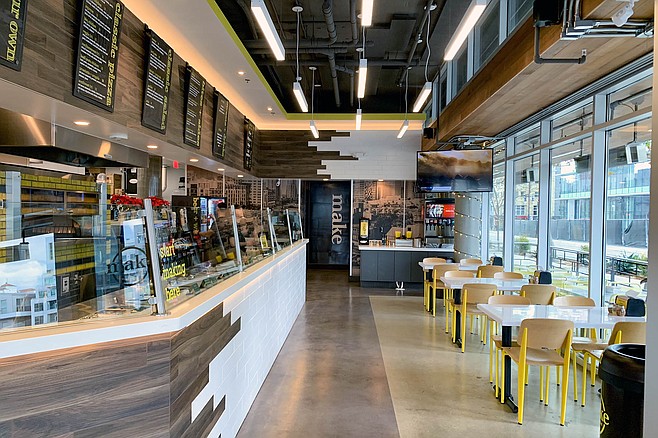 The wheat crust came out a little more cracker-like than the crispy regular option, which is altogether not a bad thing. Adding feta got me more curious about exploring the shop’s various cheeses. I tried a pie with asiago and parmesan, in addition to mozzarella: a fine blend. But I think the best so far has made use of the “fresh mozzarella,” wherein your Make staff member takes slices from a soft mozzarella log, and tosses shreds of it onto your pie. The cheese melts into pools, which gather together to form the lsatic layer of cheese pizza lovers crave. 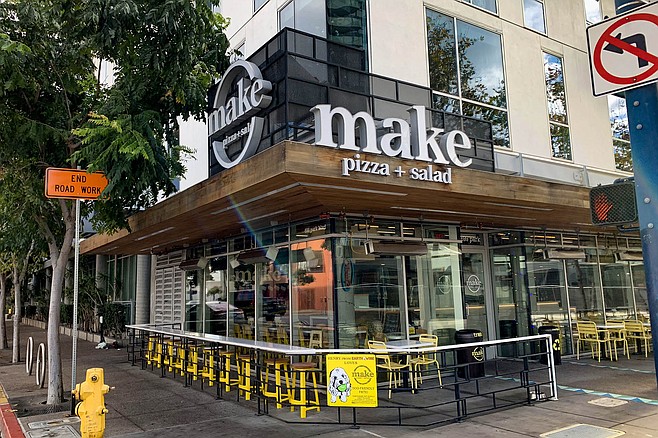 On the corner of Park in East Village

While I can think of ten pizza spots I prefer to this one, MAKE pizza+salad turned out to be better than I expected, as well as quick and friendly. Eleven bucks for unlimited toppings was too tempting to pass up, and I’m having a good time playing around with them on return visits.